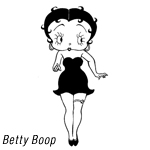 The heirs of animator Max Fleischer have lost a legal appeal to recover the copyright to the popular cartoon character Betty Boop, according to news reports.

In a 2-1 ruling the 9th Circuit Court of Appeals overturned a lower-court decision in ruling that Fleischer Studios Inc. could not prove there was a chain of title to the copyright. The ruling was the result of a trademark infringement lawsuit brought by the Fleischers against AVELA Inc., which licensed Betty Boop products under a copyright based on its restoration of vintage posters featuring the characters. You can read the full decision here.

The popular character was created in 1930 by Max Fleischer, who sold the character to Paramount Pictures in 1942. Evidence was presented in the trial that supported two possible sales of the rights from Paramount — the court ultimately found that clouded the chain of title enough to rule against Fleischer Studios’ claim that they had reacquired the rights from Republic Pictures in 1997.

Betty Boop appeared in about 90 short films produced by the Fleischer Studios from 1932 to 1939. Protests over the character’s sexiness in early cartoons lead the Fleischers to tone her down in subsequent shorts. Betty Boop remains a cartoon sex symbol that is still popular today. Max Fleischer died in 1972.

Take a look at the very first Betty Boop cartoon, Minnie the Moocher, from 1932 and featuring the famous song by Cab Calloway.