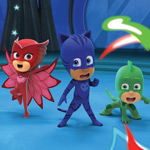 Entertainment One is growing the global footprint of its hit preschool property PJ Masks, with new merchandise launches ready to roll across Asia Pacific and Latin America, as well as new licensees in the UK and Australia, thanks to a raft of recent agent appointments and agreements.

Just Play’s line will also launch across Latin America beginning in August through local distributors Bandai (Mexico), DTC (Brazil) and Elite (remaining LatAm territories). Core categories including toys, dress up, publishing, partyware and back to school have been signed for the brand across the region by the eOne’s local office based in Sao Paulo.

In the UK, where toys and dress-up items got a strong sales launch in February, new partners including VMC (accessories), Amscan (dress up), MV Sports (wheeled toys), Worlds Apart (homewares), Dreamtex (bedding and bedroom accessories), Spearmark (lighting), Sambro (stationery) and Kinnerton (confectionery) will launch products this summer. PJ Masks airs on Disney Junior and Tiny Pop in the UK, consistently rating in the top 3 shows on the latter channel.

“The response to PJ Masks around the world has been incredible. The TV series is drawing huge audiences and licensees have been quick to identify the commercial potential of the show’s growing fanbase,” said Andrew Carley, Head of Global Licensing at eOne. “We look forward to harnessing the expertise of our local partners in Asia Pacific and Latin America and expanding our consumer products offering for fans in the UK and Australia.”

PJ Masks is produced by eOne and Frog Box, in collaboration with studio TeamTO and broadcasters Disney Junior and France 5. The show premiered in the US in September 2015, and last year was the top show on Disney Junior. 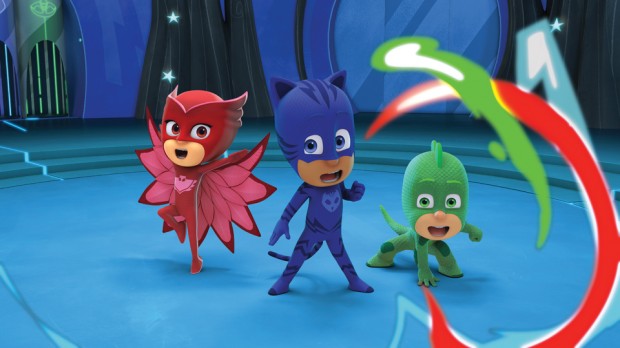