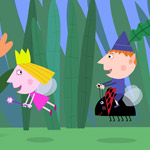 Entertainment One has secured a major partnership with iQiyi which will see Emmy- and BAFTA-winning preschool property Ben & Holly’s Little Kingdom launch in China on one of the nation’s largest internet video streaming service — and at retail — in 2018.

Season 1 of the charming animated series (from the creators of Peppa Pig) will be available on iQiyi beginning in early May. iQiyi will also manage licensing rights for the property in the region, with a program spearheaded by a publishing launch in summer/fall 2018 to be followed by a hard launch spanning multiple categories later this year.

“We’re extremely excited to be bringing Ben & Holly’s Little Kingdom to audiences across China in 2018,” said Claire Ellis, VP Licensing – Asia at eOne Family & Brands said. “The growing expansion of Peppa Pig in China is testament to the huge potential this territory represents and we look forward to harnessing the local expertise of the team at iQIYI to make this property a success throughout the region.”

Ben & Holly’s Little Kingdom is a critically acclaimed 2D animated series created by Astley Baker Davies and aimed at children aged 3-6 years. The show won an International Emmy Award in 2014 for best preschool series and follows the adventures of Princess Holly and her best friend Ben Elf in the magical Little Kingdom. The show currently airs in over 130 countries with licensing programs established in the UK, the US and Canada, Brazil and Mexico.

Wu Gang, Vice President at iQIYI Sales Department added: “We’re thrilled to be bringing Ben & Holly’s Little Kingdom to families across China. This critically acclaimed series is a great example of the high quality children’s programming that is embraced by Chinese audiences and we look forward to finding licensing partners that can create opportunities for fans to interact with the brand beyond the TV show.” 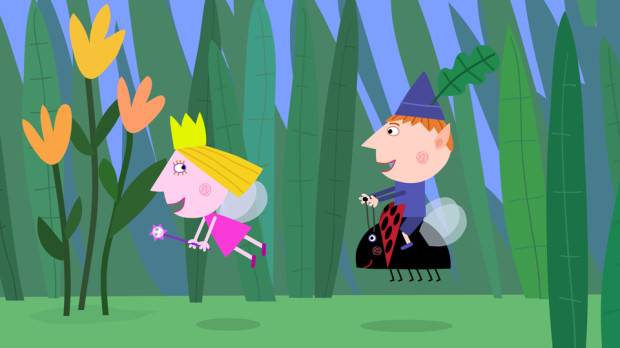