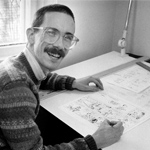 It would be hard to find an animator working in the industry today who isn’t a fan of Bill Watterson’s, the elusive and hugely talented creator of the seminal Calvin and Hobbes comic series. Now, 18 years after he published his final strip, the artist has granted a rare interview to Mental Floss‘s Jake Rossen. In the piece, he says he doesn’t have any plans to return to the strip (alas!), but he does have a lot of interesting things to say about his legacy, animation and the reason he quit when he was at the top of his game.

“You can’t really blame people for preferring more of what they already know and like,” he told Mental Floss. “The trade-off, of course, is that predictability is boring. Repetition is the death of magic.”

When asked about possible animated adaptation of his work, he says, “The visual sophistication of Pixar blows me away, but I have zero interest in animating Calvin and Hobbes,” he said. “If you’ve ever compared a film to a novel it’s based on, you know the novel gets bludgeoned. It’s inevitable, because different media have different strengths and needs, and when you make a movie, the movie’s needs get served. As a comic strip, Calvin and Hobbes works exactly the way I intended it to. There’s no upside for me in adapting it.”

Another great gem from the interview was about those ubiquitous Calvin car decals which don’t seem to show any signs of going away.

He said, “Long after the strip is forgotten, those decals are my ticket to immortality.” 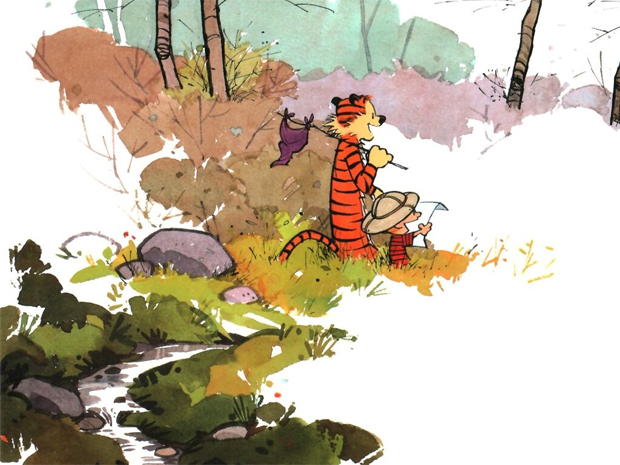