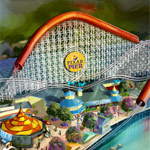 2018 is going to be a big year for Pixar fans — and not just with the return of The Incredibles to theaters! Disney Parks has revealed plans to transform the “Paradise Pier” area of Disney’s California Adventure in Anaheim into “Pixar Pier,” with rebranded attractions, eateries and merchandise throughout. Of course, this comes with a price: a number of classic rides and locations will permanently shut down in January to begin the makeover.

Pixar Pier will be open to visitors during the previously announced Pixar Fest celebrations, which kick off April 13.

The revamped land on the shore of Paradise Bay will be comprised of four “neighborhoods,” according to the official Disney Parks Blog.

On The Incredibles turf, fans of Brad Bird’s superhero family can get their kicks on the Incredicoaster, created out of the existing California Screamin’. The transformed attraction will feature new vehicles, character moments and a mid-century-modern-style loading area that would make Edna Mode proud. (No word on whether capes are allowed.) California Screamin’ will close January 8, with Incredicoaster set to open in the summer.

Another big change will be visible on the iconic Mickey’s Fun Wheel, which will pin a neighborhood celebrating a variety of Pixar stories. Mickey’s mug will remain on the center of the wheel facing Paradise Bay, but each of the 24 gondolas will feature a different Pixar character. The boardwalk will bring in new midway games inspired by these films (to join the Bullseye Stallion Stampede game). Games of the Boardwalk and Sideshow Shirts will close Jan. 8 in preparation.

The Toy Story-inspired neighborhood will be anchored by the popular 4-D playthrough ride Toy Story Mania!. On the western end of the boardwalk, the park will introduce an Inside Out-themed family-friendly attraction to be announced.

Ariel’s Grotto restaurant and Cove Bar will also be made over into a new lounge and grill looking out on the pier and bay, and will close Jan. 8. Cove Bar will reopen briefly in April before undergoing its makeover. 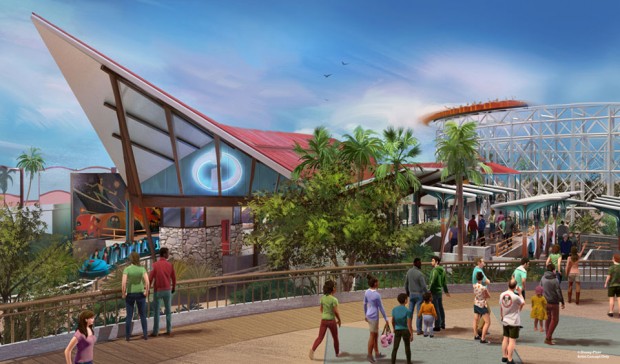 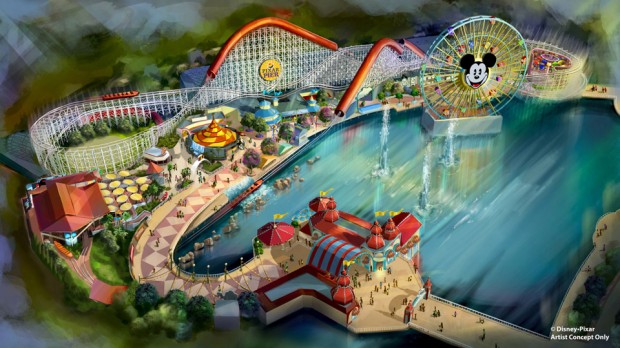