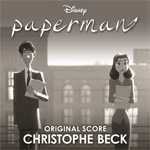 Walt Disney Records’ soundtrack for the award-winning short Paperman is now available digitally. Christophe Beck (The Muppets, The Hangover Part 1 & 2) composed the uplifting original music for the animated short film. Paperman is one of the ten films on the short list being considered for an Academy Award nomination.

“I tried to combine some traditional musical colors (like strings and harp) with more modern electronic elements in a way that felt sonically unique, while still evoking romance, longing, and a hint of magic,” said Beck. This was a great way to complement the mixture of old and new techniques in the animation.”

Introducing a groundbreaking technique that seamlessly merges computer-generated and hand-drawn animation techniques, first-time director John Kahrs takes the art of animation in a bold new direction with Paperman. Using a minimalist black-and-white style, the short follows the story of a lonely young man in mid-century New York City, whose destiny takes an unexpected turn after a chance meeting with a beautiful woman on his morning commute. Convinced the girl of his dreams is gone forever, he gets a second chance when he spots her in a skyscraper window across the avenue from his office. Created by a small, innovative team working at Walt Disney Animation Studios, Paperman pushes the animation medium in an exciting new direction. The short made its theatrical debut in front of Wreck-It Ralph on Nov. 2, 2012.

Beck described, “with no dialogue, and a black-and-white period setting, it was a great opportunity for music to shine and take center stage in the story-telling.”

The Canadian composer played piano from the age of five, studied music at Yale, and attended the USC film-scoring program under composers like Jerry Goldsmith. He started composing in television, at the personal recommendation of Buddy Baker, and was soon writing for Buffy the Vampire Slayer, which led to an Emmy nomination.

“I don’t tend to look under the hood too much,” Beck says about his process. “It’s really very instinctual, from-the-hip and, from an actual process point of view, improvisational.” 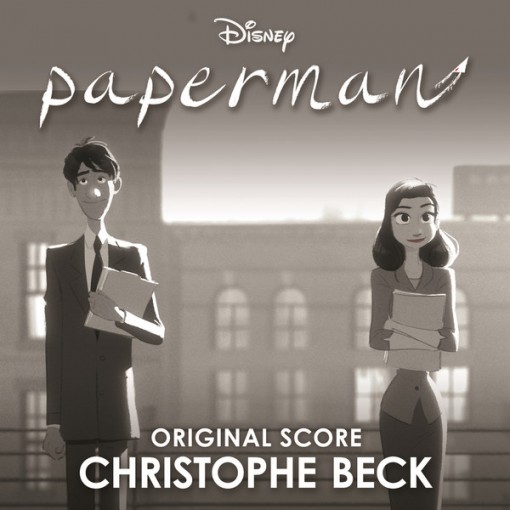