It’s Christmas in July as Disney Consumer Products and Interactive Media has presented its annual Holiday Toy Preview in New York, dishing details on dozens of products — from toys and playsets to high end handbags and accessories from its partnership with Coach.

Selected brands highlighted in the Holiday 2016 collection include the upcoming Moana (Nov. 23), Star Wars, Frozen, Minnie and Mickey Mouse, Winnie the Pooh’s 90th anniversary, and Tsum Tsum. Some items sure to make the cut for a few wish lists this year:

+ Elena of Avalor Scepter with Lights and Sound (Now at Disney Store and disneystore.com)

+ Frozen Northern Lights Elsa Doll from Jakks Pacific, inspired by the new storyline; lights up and includes the song “Let It Go” (Oct. 1) 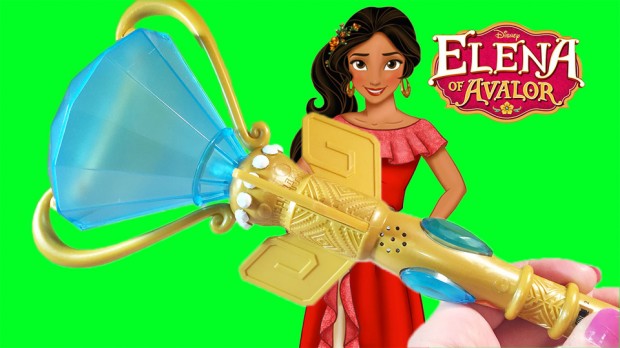 Elena of Avalor Scepter with Lights and Sound