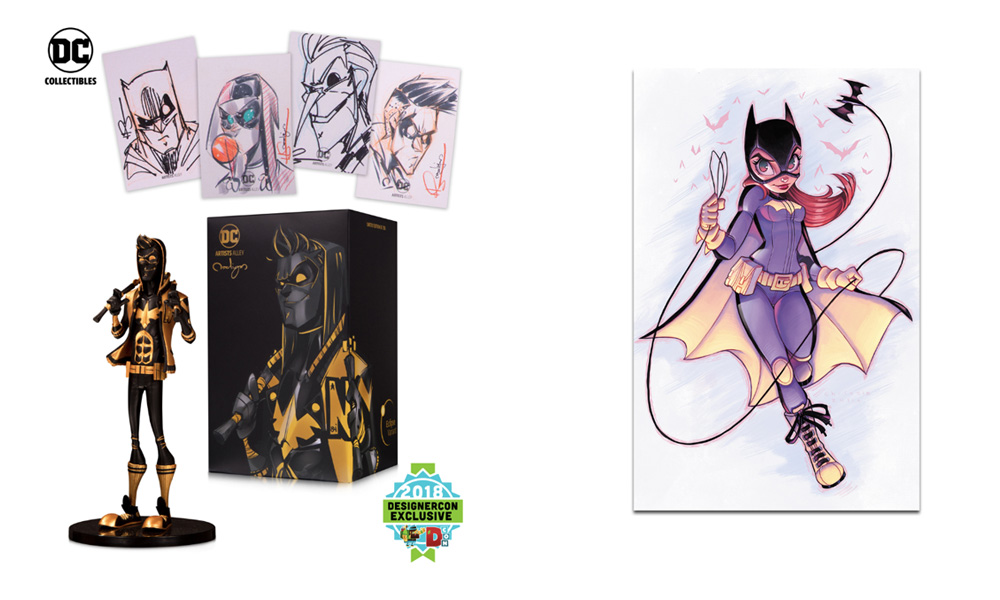 Attendees of this month’s DesignerCom in Anaheim will be able to check out some amazing, high-end Batman world items from DC Collectibles. DC plans to unveil a DC Artists Alley variant of HaiNaHu Nooligan Saulque’s Nightwing figure, which is limited to only 200 pieces and features an exclusive paint scheme and hand-drawn sketch of the Batman universe character.

The event will also feature upcoming releases by Joe Ledbetter and Chrissie Zullo. Ledbetter’s creations imagine Batman, Robin, Catwoman and the Penguin as anthropomorphic versions of their animal inspirations, while Zullo delivers more human and amusing takes on Batgirl, Hawkgirl, Supergirl and Wonder Woman. The figures won’t be released until next year, but prints by the artists will be available for purchase at the Anaheim event.