D23: The Official Disney Fan Club will be launching a major overhaul and re-imagining of its D23.com website on June 17. The new version of the site will offer unprecedented access to all things Disney for its members, including exclusive celebrity interviews, vintage film clips, rarely seen artwork and photography, treasures from the Walt Disney Archives, behind-the-scenes previews of new movies and park attractions and more. Additionally, D23 will be offering a new free level of membership allowing any interested fans to sign up for exclusive content.

Here are some of the site’s upcoming content highlights:

D’scovered: Treasures unearthed by the Walt Disney Archives, which in the coming weeks will share extremely rare imagery from the proposed Mickey Mouse Park, alternative dialogue for the Haunted Mansion by Disney Legend X. Atencio, and a special memento created for Walt by artist Salvador Dali.

Disney A to Z: A complete, newly-updated digital version of the definitive Disney encyclopedia featuring over 7,000 entries written by Dave Smith, founder and chief archivist emeritus of the Walt Disney Archives.

23 Questions: Audio interviews with Once Upon a Time star Ginnifer Goodwin revealing her Disney favorites and what to look forward to in the next season of the ABC show.

Disney Legends and Walt Disney Archives: Two new microsites; Legends will provide a more in-depth look at those who have made significant contributions to the Disney legacy, and Archives will open the doors of the venerable institution to share more of Disney’s expansive collections.

Plus, new departments and sections will include Weird Disney, a look at some of the more unusual pieces of Disney’s history; Characters database encompassing TV, film and comics complete with concept art and complete bios; Ask a Legend video feature in which Disney Legends like Marty Sklar answer fan queries; First Look glimpses at what’s new and what’s next, including this summer’s Monsters University; and Muppetology, opening up the charming world of Jim Henson’s felted friends.

Dream Story will also give fans the chance to meet their favorite authors, artists, Legends and celebs with daily autograph sessions. And don’t forget to check out the selection of unique artifacts, artwork, experiences, props and more up for grabs at the Silent Auction, which will take place Saturday, August 10. Tickets for the auction go on sale June 11, 2013 at 11 a.m. PT through www.ArtofDisneyParks.com (separate D23 Expo admission required). Details will continue to be released on that site as well as at www.Disney.com/D23. 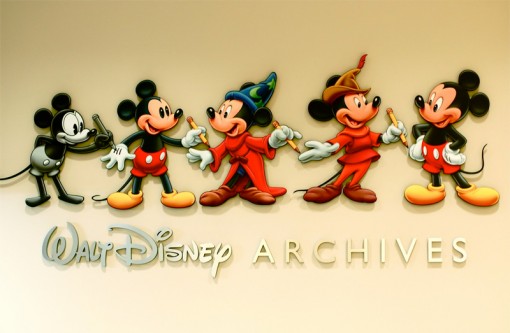