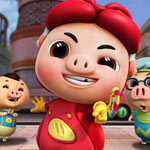 CraneKahn LLC — the new company started by licensing hitmaker Al Kahn, who has helped put brands like Cabbage Patch Kids and Teenage Mutant Turtles at the top of kids’ holiday wish-lists — has inked a multi-season deal with China’s Winsing Animation to bring its boys’ action series and LIMA Award-winning property GG Bond to the wider world.

“We are thrilled to bring our top Chinese animated series to children around the world through CraneKahn,” commented Winsing Animation CEO, Ben Gu. “Al Kahn’s record for spotting global hits from Asia is unmatched, and GG Bond’s proven success in China, along with its comedic adventure style, provides a winning combination.”

Similar to Kahn’s global pushes for Pokemon, Yu-Gi-Oh!, Super Mario Bros. and other major Asian brand properties while CEO of 4Kids Entertainment, CraneKahn will manage TV, digital media, and merchandise & licensing rights worldwide, excluding Asia. In addition to creating an English version of the existing show, CraneKahn will create a new adaptation of the CGI HD adventures for western audiences, and will rename the series Kung Fu Pork Choppers.

Aimed at kids 4-8, Kung Fu Pork Choppers follows a team of five young superhero pigs and their super-powered pets, which transform from the cutest creatures ever into mega-sized fighting machines with ultra-animal attributes. The Kung Fu Pork Choppers travel through space and time—and even to other dimensions—in their action-packed quest to right wrongs, keep the peace and defeat evil everywhere. Unless, of course, they screw things up even more than they were.

“Kung Fu Pork Choppers illustrates the great work being done in China in kids entertainment. This property is original, imaginative, and funny and I know it will entertain children all over the world,” said CraneKahn CEO, Al Kahn. “We see great potential for this property to replicate its success in China and become a truly global brand.”

The English-language adaptation is slated for completion by June of 2018. 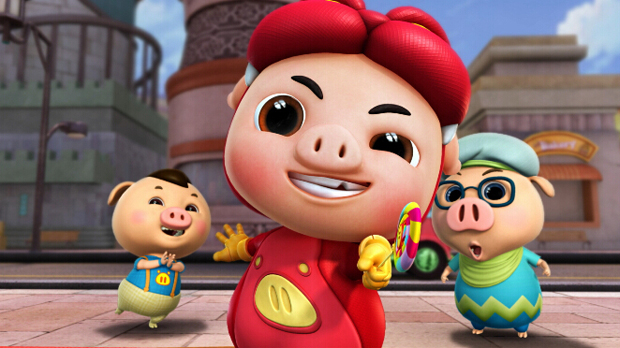