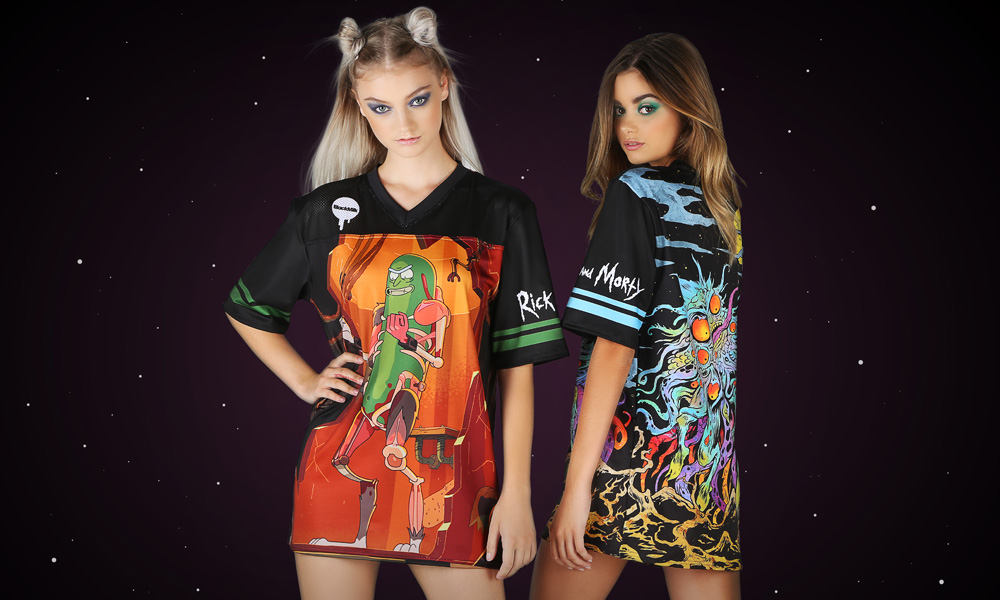 BlackMilk Clothing, the Australia-based online fashion house known for its colourful tight-fitting stretchwear products, has partnered with Adult Swim’s Rick and Morty to launch a new 19-piece collection. The fan-favorite animated comedy – and its eclectic band of aliens and intergalactic worlds – will be used across a range of dresses, blouses, swimwear and t-shirts.

Available globally from February 19 (7 a.m. AEST), the full Rick and Morty x BlackMilk range is available via BlackMilkClothing.com and features the main characters, as well as pop-culture phenomena Pickle Rick and Mr. Meeseeks.

“There isn’t a show quite like Rick and Morty in the market right now, in terms of the way it gets its young fans excited, engaged and laughing out loud,” said Vikram Sharma, Vice President of Cartoon Network Enterprises Asia Pacific. “The BlackMilk team has done a great job in making the IP truly come alive.”

Rick and Morty x BlackMilk retails from A$60 and can be shipped internationally.

Cartoon Network’s The Powerpuff Girls continues their 20th year celebration alongside cutting-edge womenswear designer Christian Cowan with an all-new collection. The partnership highlights strong women at the core of both brands, and will feature messages of empowerment through a collection of designs set to debut on International Women’s Day (March 8) in Los Angeles, California.

Christian Cowan finds inspiration in the strong women around him. With his youthful take on how modern-day women dress and his lively spirit, he uses his creative powers to create collections that truly stand out. Christian has garnered a strong celebrity following, dressing the world’s biggest stars such as Beyoncé, Lady Gaga, Naomi Campbell, Nicki Minaj, Cardi B., Miley Cyrus, Ariana Grande and others. Christian’s outlook on designing makes him the perfect partner to The Powerpuff Girls, who not only always have each other’s backs, but the worlds.

As the original harbingers of empowerment, The Powerpuff Girls have embodied confidence and self-respect through their words and actions. From the moment they started to save the world before bedtime, these three superhero sisters, Blossom, Bubbles and Buttercup, became more than characters on a show, but a global phenomenon with a powerful message that continues to resonate today.

“The Powerpuff Girls have always been part of a broader pop cultural celebration around ‘girl power.’” said Jill King, SVP Marketing & Partnerships, Cartoon Network and Boomerang. “Christian’s take on the many complex aspects of femininity, along with his originality and fearlessness as a creator, makes this a perfect collaboration to bring the message of empowering girls and women of all ages to life.”

“I am thrilled to be partnering with such an iconic brand whose message is about supporting one another and kicking butt no matter your age, size or gender,” said designer Christian Cowan. “I grew up watching The Powerpuff Girls, and I am so lucky to have the opportunity to create a collection inspired by characters that advocate for sisterhood and positivity.”

The Powerpuff Girls and Christian Cowan share the support for gender inequality, and the collaboration will benefit She’s the First (STF), a nonprofit organization that fights gender inequality through education. Whether you are designing clothes or saving the world, everyone has a part to play and can use their own super powers to make the world a more positive place.