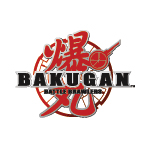 Costume maker Disguise will continue making Bakugan costumes for Halloween under an extension of its deal with Cartoon Network Enterprises.

The series is animated by Japan Vistec and TMS, and the third season of the show — titled Bakugan Gundalian Invaders — is airing on Cartoon Network.