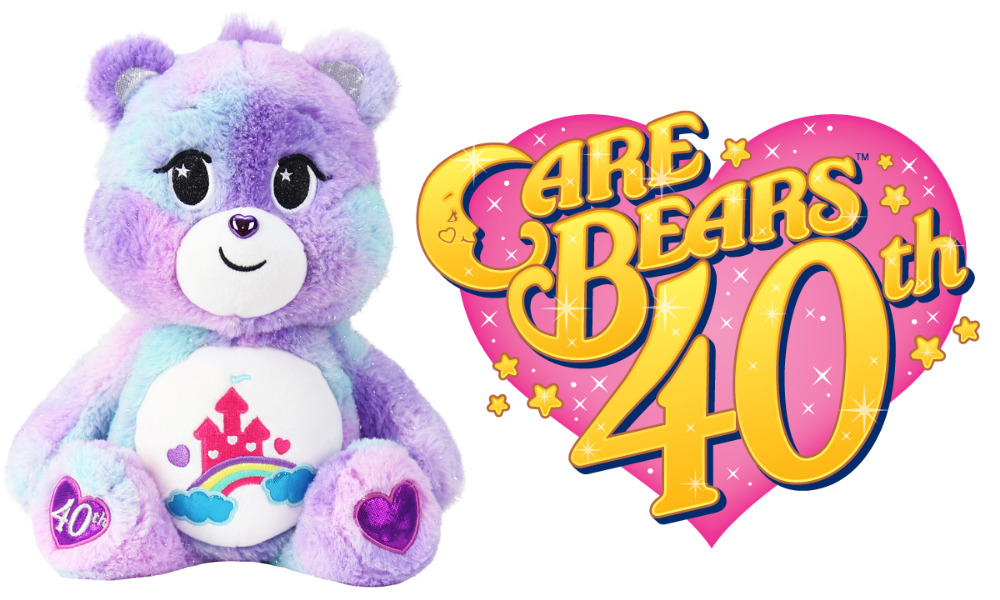 Cloudco Entertainment, owner of the beloved Care Bears heritage brand,  celebrate 40 years of sharing and caring this year with a special-edition 40th Anniversary Care Bear, Care-a-Lot Bear, and a wave of new deals across key consumer licensing categories. The new character also appears in the Season 2 finale of Care Bears: Unlock the Music. 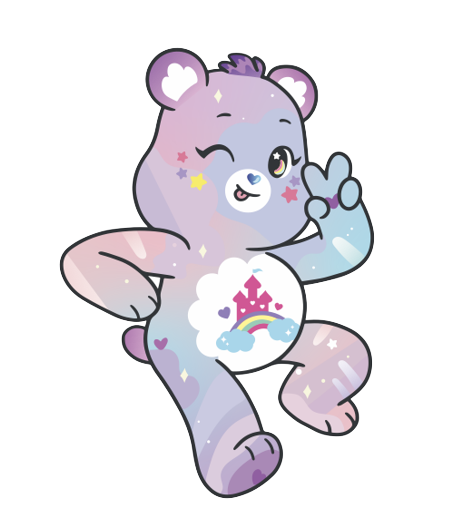 Care-a-Lot Bear joins her fellow recently introduced friends, Dream Bright Bear and I Care Bear, to make this anniversary as special as it can be. Touted as the first ever bear to exist in the magical kingdom of Care-a-Lot, she possesses the most magic and belly badge powers of all the bears. Care-a-Lot Bear knows that caring for others is the best way to spread kindness and love wherever you go. She lives in a cloud castle with her best friend, Cloud Buddy, and together they fly around the kingdom going on epic adventures with the rest of the Care Bears.

Kristeen Tibbits, Head of Marketing at Cloudco Entertainment, said, “Introducing Care-a-Lot Bear to the world is the perfect way to commemorate 40 years of making the world a more caring place. Her belly badge depicts the iconic cloud castle being illuminated with a beautiful rainbow, representing her passion to care for her neighbors and her community!” 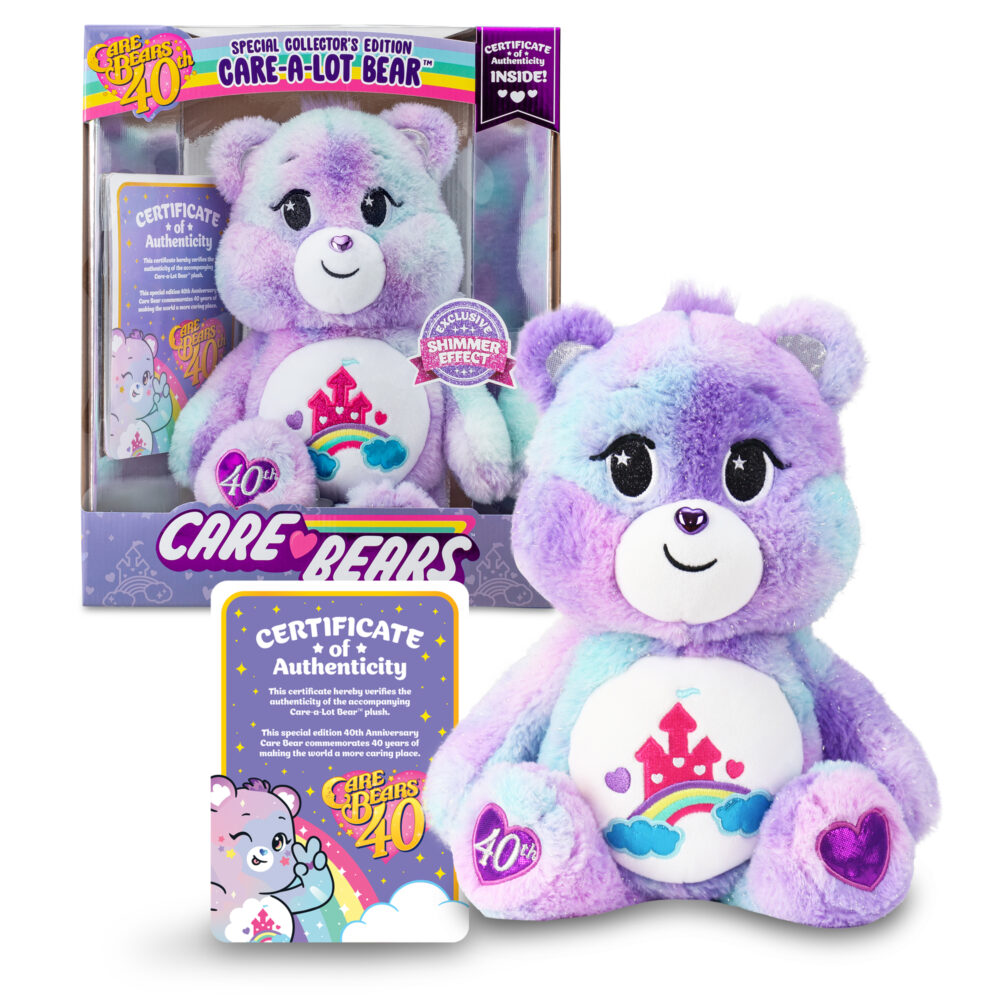 “The Care Bears resonate with fans of all ages, and we love hearing that our first fans are now introducing their families and children to the brand,” said Robert Prinzo, Head of Global Licensing at Cloudco Entertainment. “In partnerships with our amazing licensees, we are creating fun, thoughtful and unique limited-edition collections that will have something for everyone.” 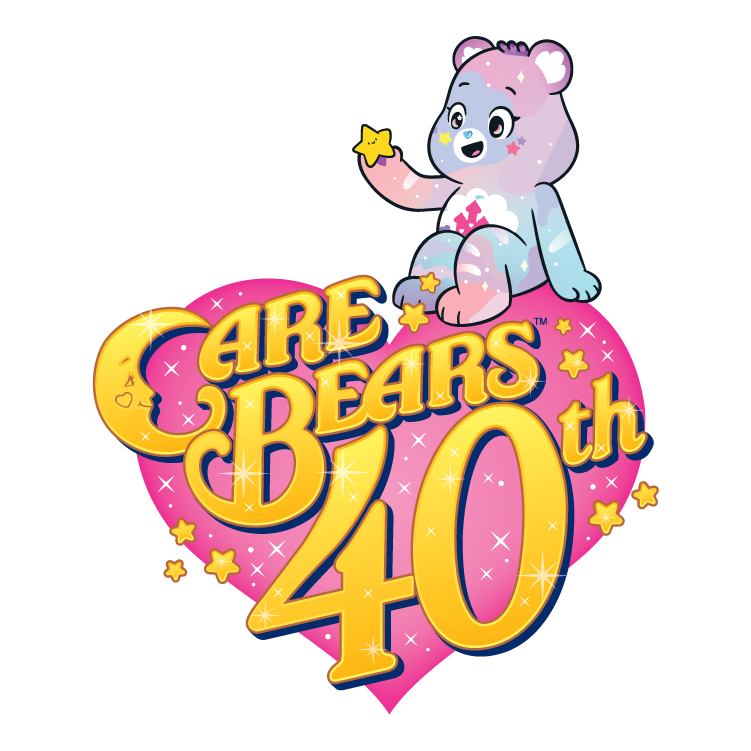 The Care Bears were first introduced in 1982 through consumer products, greeting cards and, later, a series of animated television shows and feature films, and quickly became one of the most popular and endearing children’s properties in the world. As the Care Bears embark on new adventures, from Care-a-Lot to the Silver Lining, they never shy away from their core values and invite their viewers and fans to join them in spreading sharing, caring, love, friendship and togetherness.

In 2020, Cloudco relaunched Care Bears toys with new master toy partner, Basic Fun!. The new toy line features the new Unlock the Magic look and rolled out successfully at Walmart and Target as well as Amazon and several other online and brick and mortar retailers across the U.S., U.K. and Canada.

The Care Bears: Unlock the Magic TV series is now airing on HBO Max’s preschool programming block, Cartoonito, Boomerang and Cartoon Network in the U.S., Tiny Pop in the U.K., Nickelodeon and Noggin in Latin America, Tiji and Gulli in France, CCTV14 Children’s Channel in China and many other broadcasters worldwide.