Crossovers have long been de rigueur for comic book superheroes — and now the practice is being extended to the Cartoon Network Universe in a new IDW comic book series Super Secret Crisis War!

The six-issue series, written by comics veteran Louise Simonson and drawn by Derek Charm, will bring together the heroes of Samurai Jack, Ben 10, The Powerpuff Girls, Dexter’s Laboratory and Ed, Edd & Eddy to fight their nefarious nemeses Aku, Vilgax, Mandark and Mojo Jojo. The first issue is due out in comics shops in June.

And it just wouldn’t be a comic book crossover without breakout one-shots. July will see the story expand to feature Foster’s Home for Imaginary Friends, Grim Adventures of Billy and Mandy, Johnny Bravo, Codename: Kids Next Door and Cow and Chicken as each takes center stage in their own one-shot comics. Written by Ivan Cohen, Kate Leth, Erik Burnham, Scott Peterson, & Jim Zub, respectively, each one-shot will tie in to the Super Secret Crisis War and show the full scope of the story. 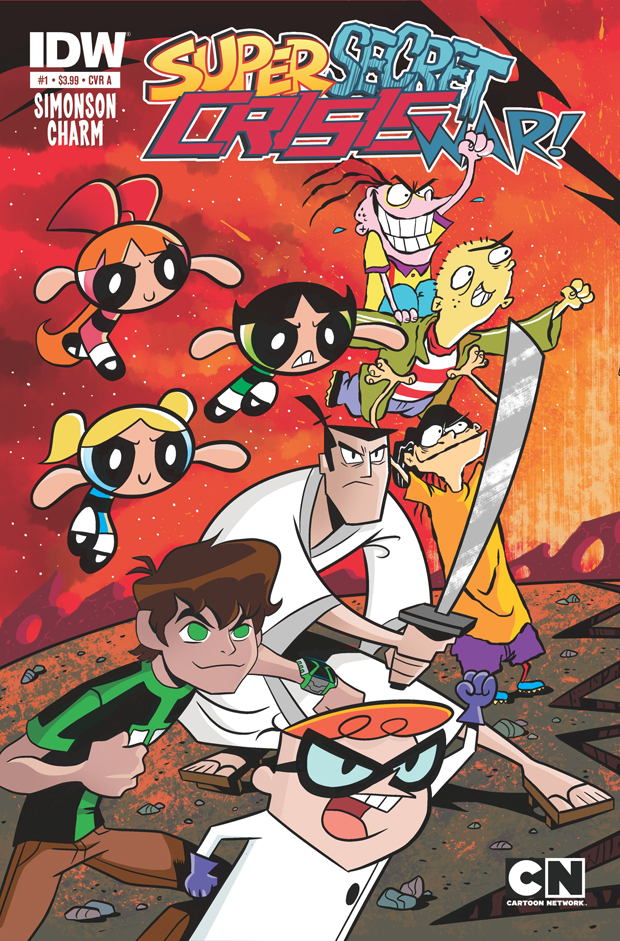 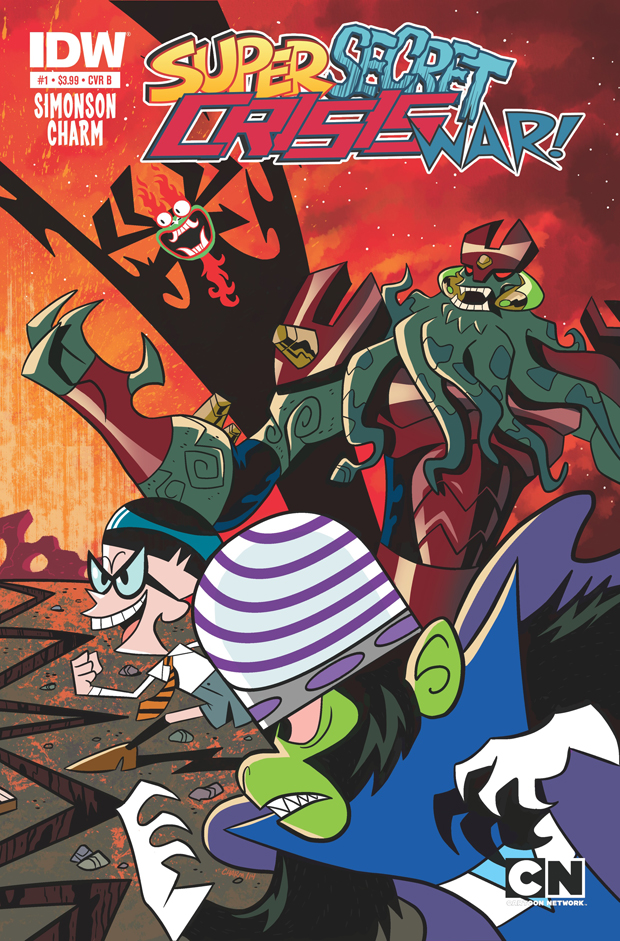