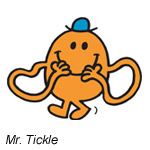 U.K. production and distribution house Chorion has announced its plans for the 40th anniversary celebrations of much-loved kids’ property Mr. Men. In addition to their popular books and TV cartoon The Mr. Men Show, this year will welcome a new character, the launch of a confectionary range and a collaboration with Google featuring Google doodles celebrating the brand and its creator (Roger Hargreaves), not to mention new products, fashion partnerships, social media campaigns and a live music-based regional theatrical show tour.

The brand new character—the first in over five years—Little Miss Princess launched with the publication of her book (from Egmont) in March of this year. Apparel, accessories, confectionary and toiletry ranges based on Little Miss Princess will roll out throughout 2011. Something else to look forward to: in partnership with Tesco, confectionary based on the Mr. Men and Little Miss characters will be introduced by the grocer through 2011-12.

Online, new social media campaigns aimed at young adults and parents are underway on Facebook. Official pages feature competitions, fan exclusives and interactive features yet to be unveiled, as well as new game apps in development. On May 9th, Google helped celebrate the Mr. Men anniversary (on Hargreaves’ birthday) with a rotating collection of 16 unique doodles.

The Mr. Men and Little Miss crew will also be out on the town, taking their celebrations to some of Britain’s leading music festivals. In fall, an exhibition of Mr. Men artwork and memorabilia will also feature original interpretive oil paintings by artist Paul Oz. During the summer, an official anniversary day (TBA) will see a major program of events at an iconic British retailer (also TBA)—readings, signings, a range of family activities and exclusive products will add to the fun.

Chorion also announced new fashion deals with the franchise expanding through a number of collections, along with collaborations with Swarovski Elements and a limited edition line of nail polishes with Nails Inc. A special edition Mr. Tickle book (Egmont), collector’s edition DVD box-set (Delta) and new plush toy line (Posh Paws) will roll out in the second half of the year.