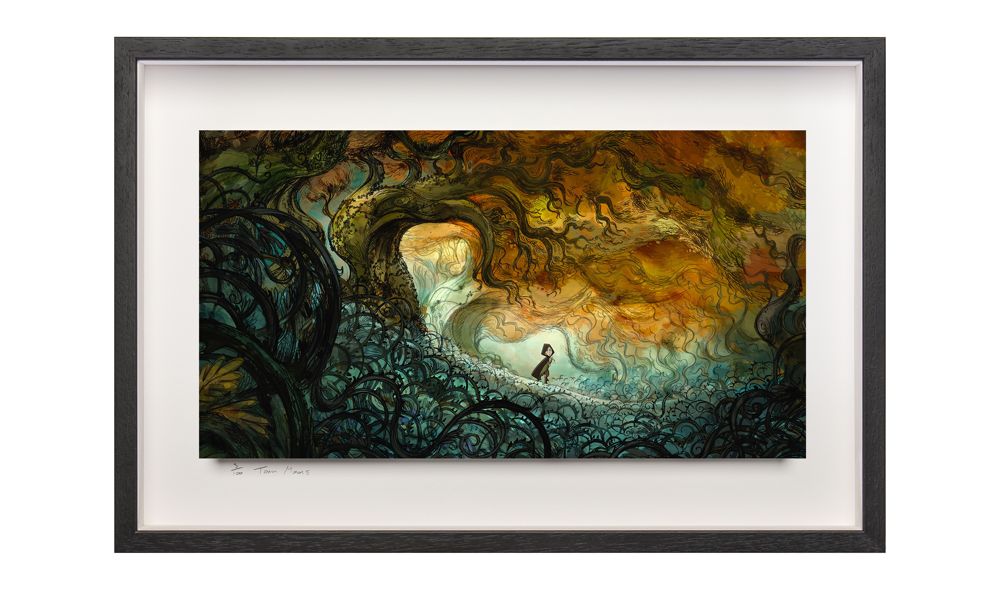 Originating directly from Cartoon Saloon’s Studio in the medieval town of Kilkenny, Ireland, the series of collector’s artwork is now available and ranges in pricing from €450. Each print is signed by the films’ directors and numbered. In terms of the print quality, the studio carefully scrutinizes the process, reviewing all prints to make any necessary color adjustments to ensure superior results, as well as using carefully selected inks to maintain the integrity of original artworks with sharp details and rich colors (Epson Ultrachrome HDR quality pigment ink). The art is printed on museum quality paper that is acid-free so colors remain vibrant over time (Canson Cotton Etching Rag 320gsm fine art paper).

“The launch of our new art gallery offers us a tremendous opportunity to share the magic of these outstanding movies with fans around the world. We are extremely proud of our films, particularly with the most recent recognition Wolfwalkers is receiving with Academy, Golden Globe and BAFTA Award nominations,” said Brian Tyrrell, Cartoon Saloon’s General Manager of Brand Development. “We are thrilled to offer these carefully curated state-of-the-art limited edition numbered prints that are sure to become a valuable collector’s items in the years to come.” 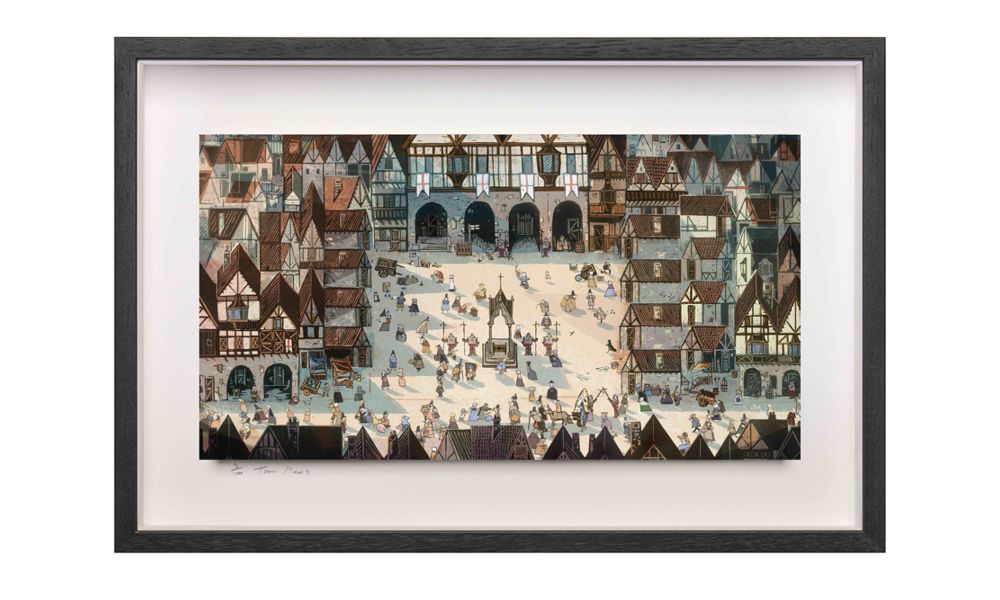 WolfWalkers, directed by Tomm Moore and Ross Stewart, premiered at the Toronto International Film Festival to rave critical reviews. The film opened theatrically in the U.S. on November 13, is now available on Apple TV+ and is returning to U.S. theaters this week through GKIDS and Fathom Events. The movie follows Robyn Goodfellowe, a young apprentice hunter who journeys to Ireland with her father in a time of superstition and magic to wipe out the last wolf pack. While exploring the forbidden lands outside the city walls, Robyn befriends a free-spirited girl, Mebh, a member of a mysterious tribe rumored to have the ability to transform into wolves by night. As they search for Mebh’s missing mother, Robyn uncovers a secret that draws her further into the enchanted world of the “Wolfwalkers” and risks turning into the very thing her father is tasked to destroy. 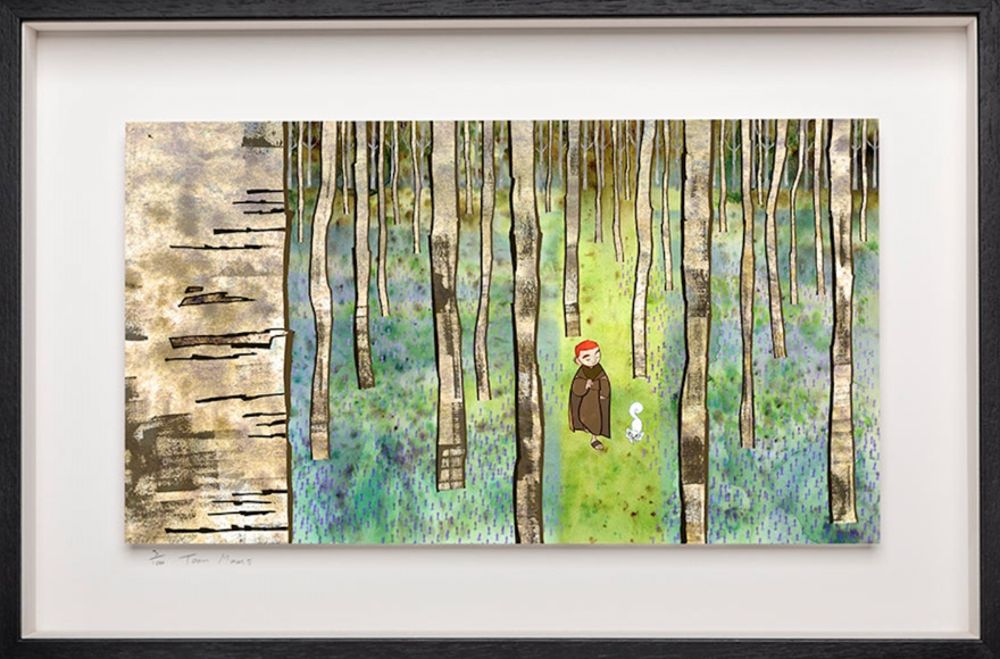 The Secret of Kells – “Birch Woods”

Nominated for an Academy Award in 2010 for best animated feature and winning awards at festivals worldwide, The Secret of Kells is a bewitching vibrantly animated fairytale for children and adults alike that is a spirited retelling of the provenance of Ireland’s most cherished artifact, the Book of Kells. With the Viking hordes approaching, the monks of Kells are forced to turn their attention from transcribing manuscripts to building barricades. The future of the precious book is in jeopardy and it falls to Brendan, young nephew of the abbot Cellach, to save the day. Cartoon Saloon’s first feature film was directed by Tomm Moore with Nora Twomey as co-director. 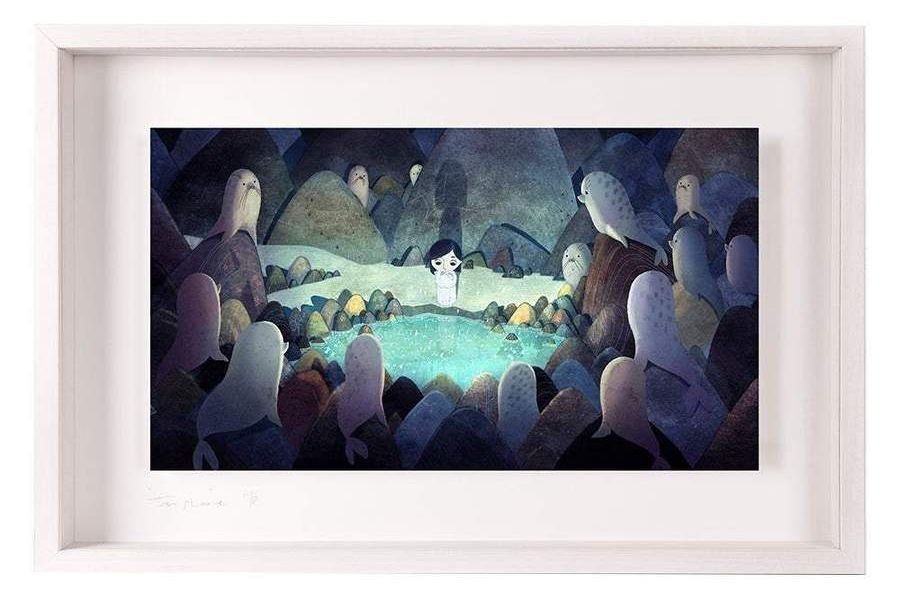 Directed by Tomm Moore with music by composer Bruno Coulais and Irish band Kíla, and featuring the voices of Brendan Gleeson, Fionnula Flanagan, David Rawle, Lisa Hannigan, Pat Shortt and Jon Kenny, Academy Award-nominated Song of the Sea tells the story of Ben and his little sister Saoirse – the last Seal-child – who embark on a fantastic journey across a fading world of ancient legend and magic in an attempt to return to their home by the sea. The film takes inspiration from the mythological Selkies of Irish folklore, who live as seals in the sea but become humans on land. 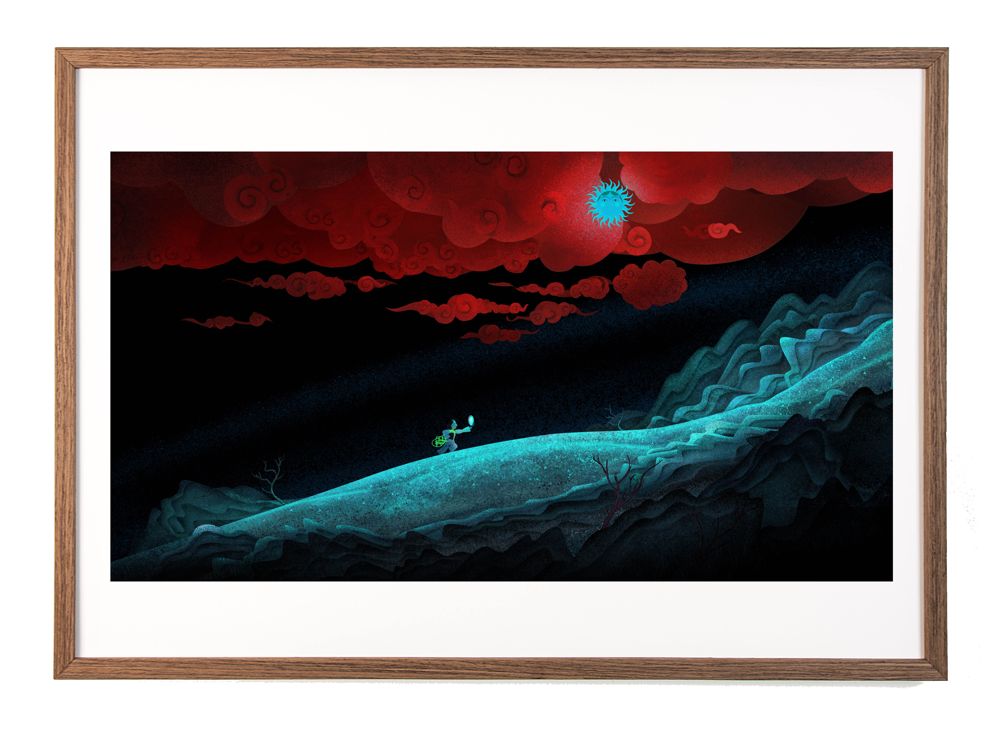 The Breadwinner – “Sulayman and the Mountain”

Based on the best-selling children’s novel by Deborah Ellis, the award-winning and multi-award-nominated The Breadwinner, directed by Nora Twomey from a screenplay by Anita Doron and Deborah Ellis, is a celebration of children – for children, whatever their age, wherever they live. The movie tells the story of 11-year-old Parvana who gives up her identity to provide for her family and try to save her father’s life. Every day is a challenge as Parvana tries to bring home enough food and water to support her mother, sister and little brother. She meets a fellow girl in disguise called Shauzia and together, they form a bond that will give them the strength to endure the war that comes to their doorstep.