Anchoring the portfolio is The Powerpuff Girls, one of Cartoon Network’s most popular and enduring brands since its debut in 1998. Blossom, Bubbles and Buttercup are taking the world by storm this year with a new animated series from Cartoon Network Studios that premiered globally in April 2016 — and a full worldwide licensing program with a roster of more than 30 licensing partners in the U.S. alone.

A fresh take on the beloved Ben 10 animated series will be re-introduced with international premieres this fall in Europe, the Middle East and Africa, and the Asia-Pacific region, and will continue into 2017 with the U.S. and Latin America. The series will feature many new and fan-favorite aliens and center around a healthy serving of action, excitement, and all-around fun. Playmates Toys is the global master toy partner for Ben 10 and will introduce figures, playsets, role play items and more in fall 2017.

A hit since its debut in 2010, Adventure Time is currently in its seventh season and has been greenlit for an eighth season. In addition to a massive and highly-engaged social media following, the show has received significant critical acclaim and awards. Adventure Time has more than 100 licensees globally, with products in all categories and all channels of distribution. New partners include DC Shoes (adult and children’s footwear, outerwear and snowboards; back-to-school/winter); Astro Gaming (headphone speaker tags; late 2016); and Insight Editions (four-title library collection and cookbook; October 2016).

On the heels of being named one of WIRED‘s 15 Best Shows of 2015, Cartoon Network Studios’ original series Steven Universe was recently greenlit for a fifth season. Created by Emmy and Annie Award-nominated writer and storyboard artist Rebecca Sugar (Adventure Time) and featuring a voice cast including Grammy-Award winner Estelle and BTVA Voice Acting Award-winner Zach Callison, Steven Universe tells the story of three magical defenders of the planet and Steven, the proverbial “little brother” to the Crystal Gems. New partners include Abrams (books and calendars launching at Comic-Con 2017); and Astro Gaming (headphone speaker tags; late 2016).

An Adult Swim brand, the popular Rick and Morty animated comedy series follows a sociopathic genius scientist who drags his inherently timid grandson on insanely dangerous adventures across the universe. The series has been picked up for a third season following its immensely successful season two premiere in July 2015 in which it ranked #1 in its time period among all key adult demographics. New partners include Dark Horse (“Art of” book available during 2017 Comic-Con International) and Astro Gaming (headphone speaker tags; holiday 2016). 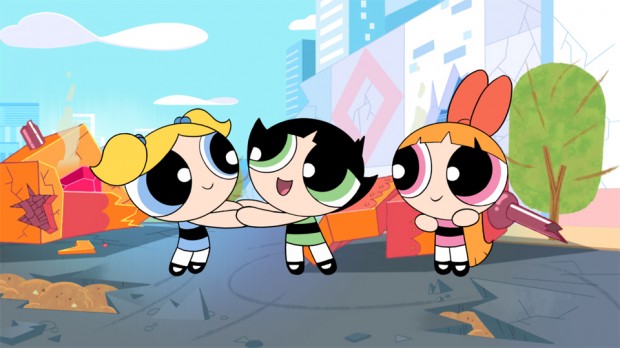