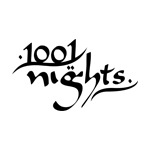 Big Bad Boo has announced a second wave of comic book releases based on its 1001 Nights series.

The first set of five comics was created in-house by the Vancouver studio’s artists and have sold more than a half-million copies worldwide in multiple languages, including English and Arabic.

The second set of five will be created the same way and are expected to be released later this year and will be available on Oznoz Shop at www.oznoz.com, Amazon and digitally through Comixology.

The animated show’s 52 11-minute episodes are airing in about 80 countries in more than 15 languages.

Big Bad Boo also is working on some 1001 Nights shorts this year to further enhance its brand on mobile and digital devices.