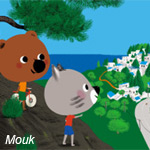 Italian trans-media company Atlantyca Entertainment has been appointed by leading European producer/distributor Millimages as the exclusive licensing agent in Italy for its charming new toon star, Mouk. Atlantyca’s CEO Claudia Mazzucco announced the agreement, which was finalized at this year’s Licensing Show in Vegas and brokered by Atlantyca’s licensing manager Rachele Geraci and Millimages head of licensing Laurence Papon.

The deal will see Atlantyca managing the licensing and merchandising programs for Mouk throughout the region, and explore opportunities in key licensing categories including stationery, home goods, gift, novelties, games and apparel.

Mouk is an animated preschool series (62 x 11 + 30 x 1) produced by Millimages. Based on the books by Marc Boutavant, the charming 2D show is directed by François Narboux (Louie, Lola & Virginia) and follows the globetrotting adventures of Mouk and Chavapa, who explore the world’s wonders on their bicycles. 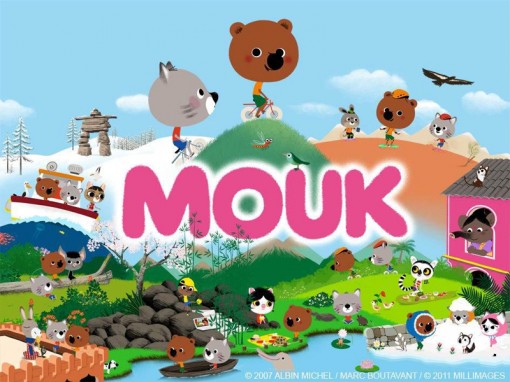 The Dwarfs are Back in Disney Jr.’s ‘7D’
DreamWorks Opts for Shanghai Base