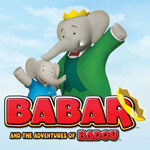 Babar, king of the elephants and beloved star of children’s animation, is celebrating his 80th anniversary this year, and Nelvana Enterprises and The Clifford Ross Company have planned a regal slate of festivities to celebrate!

For TV audiences, a second season of 26 half-hour episodes of the CG series Babar and the Adventures of Badou (a Canada-France co-pro from Nelvana Studio and TeamTO, in association with The Clifford Ross Co. and TF1) will begin international delivery this month. The first season airs on a wide rang of international broadcasters, including Disney Junior in the U.S. and TF1 in France on the station’s morning Tfou block.

Running from December 8, 2011 to September 2 of 2012, a special Babar exhibit will be featured in the Toy Gallery at the Musée des Arts Décoratifs in Paris. A selection of illustration boards from the Bibliothèque Nationale de France and The Morgan Library and Museum in New York will present the history of Babar books, while photo archives, plush toys, games, action figures and wheeled toys from 1930 to recent times will round out the displays, and pay tribute to Babar author & illustrator Jean de Brunhoff and his son Laurent who took over the series in 1941. A commemorative catalogue and selection of “classic” Babar items for purchase will be available. 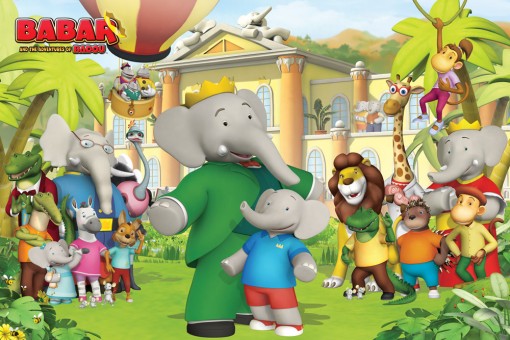 Further anniversary tributes include the August launch of Babar’s Celesteville Games by Lauren de Brunhoff from Abrams Books for Young Readers, which will also be reissuing Laurent’s classic Babar books throughout the year; a new book line based on the CG series with plans for 50-60 titles over the next three years has been introduced in France by Hachette Jeunesse; new licensed products based on the series are hitting the market thanks to TF1 licenses (France/Benelux) and major licensees Lansay, Bayard, Hatier, Sun City, CTI, Dujardin, Vilac and Smoby; and kids around the world can join the celebrations during their holidays at 16 Hôtels Clubs Nouvelles Frontières around the world.