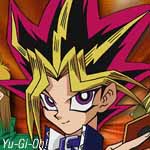 The legal dispute over the licensing for Yu-Gi-Oh! has taken a toll on 4Kids Entertainment, which has filed for Chapter 11 bankruptcy protection in New York.

The filing stays the Yu-Gi-Oh! suit and allows the company to continue to manage its operations while it comes up with a restructuring plan.

“We want to assure our clients, business partners and licensees that during the pendency of the bankruptcy, 4Kids will continue to provide the same level of service and dedication that it has in the past,” said Michael Goldstein, interim chairman of 4Kids Entertainment. “The company will also continue to explore its strategic alternatives, including, the possible sale of the business or reorganization as a stronger and more focused company.”

In a statement, the company stated that the failure to reach a successful settlement with Yu-Gi-Oh! licensors Asatsu-DK and TV Tokyo Corporation left the company’s board of directors with little choice but to file for Chapter 11.

Asatsu-DK and TV Tokyo filed a lawsuit last month against 4Kids, alleging 4Kids owes the plaintiffs millions of dollars under the licensing agreement for for Yu-Gi-Oh! The suit alleges 4Kids made secret agreements with TV networks and home video distributors as well as making improper royalty deductions.

The plaintiffs filed the suit after exercising their option under the licensing agreement to audit 4Kids’ financial books. The suit says the audit reveals 4Kids sought to hide its income from deals with such companies as FUNimation, Cartoon Network and Majesco in order to avoid having to pay royalties to the plaintiffs.

The suit seeks $4 million in damages and was filed after several meetings between the parties to attempt to resolve the issue failed to do so. The licensors also terminated the licensing agreement for Yu-Gi-Oh!

In its statement regarding the bankruptcy, Goldstein said: “We continue to believe that the purported termination of the Yu-Gi-Oh! agreement was wrongful and that 4Kids’ assessment of the audit claims will be vindicated in court. If the Court rules in favor of the Company, 4Kids will pursue the full measure of damages for the significant injury the Licensors have caused to the business of 4Kids.”

Disney Jr. Brings ‘Guess How Much I Love You’ to U.S.
It’s Brand vs. Brand as ‘Arthur’ Looks to Topple ‘Hop’