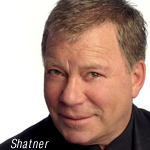 Having won the contest to animate William Shatner, Jeremy Appleman is set to help contribute to a new animation project called The Zenoids that is being launched on the sci-fi social networking website MyOuterSpace.com.

The site is an interested project in itself. More than just being a hub for sci-fi fans, it allows its members to write, design, make music and animate content for MyOuterSpace.com projects such as The Zenoids. Shatner is involved creatively in the website as a partner, along with Sammy Oriti, a producer whose credits include creating Fred Coconut’s Fruit Salad Island, an Emmy-nominated animated series produced in 2005-2006 by Warner Bros. Animation.

Shatner says MyOuterSpace.com is designed to appeal to fans of sci-fi. “Here is a chance for people interested in the magic of science fiction to participate in discussion — people interfacing with each other, as well as artists talking with each other about the projects they would like to do,” says Shatner, who put the site on the map through a single post on Twitter that drew about 11 million hits within six days. “Everybody can find an area that is of interest to them and it’s that interest that we’re trying to inculcate and get people to talk about and interface with each other.”

The Zenoids is the first major project of the site. The story is about a family in outer space trying to make it big in the music business. Shatner plays the patriarch of the family, a singer who along with his wife had a hit in the distant past and is trying to break his kids to new heights. Stargate actress Amanda Tapping also has signed on to the project.

Oriti has rolled out designs for the character from a local artist named Aaron Clark. With Appleman on board to design additional characters and locales, Oriti has opened up the writing process for The Zenoids to the MyOuterSpace.com community. The sample scripts and ideas that come in will go to the head of the writing community: acclaimed science fiction author Alan Dean Foster, who will coalesce them into the final scripts, Oriti says. 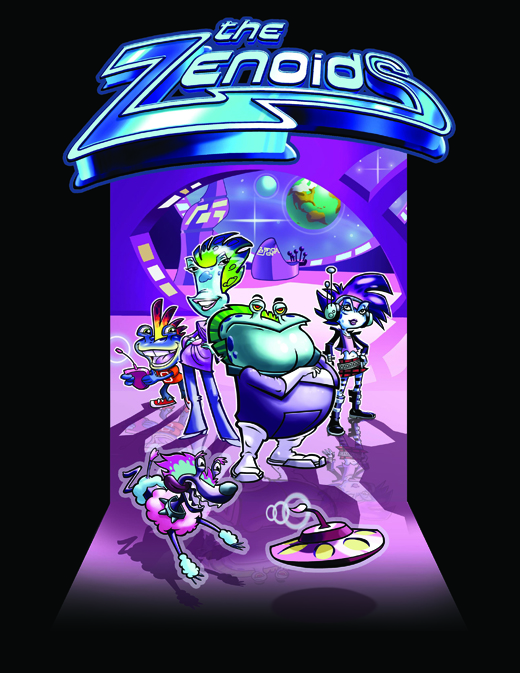 Shatner describes the process as an experiment in creativity and in making a movie by committee. “What does this audience of knowledgeable people for the most part wish to do?” he says “We’ll make the film that way, and when we’re finished, if we have anything like the 11 million people, 12 million people who hit on us (when we first announced the site on Twitter), they’ll watch it just out of curiosity.”

The Emmy-winning actor is no newcomer to animation. Not only has he done voice work as far back at the 1973 animated version of Star Trek, he founded in 1994 C.O.R.E. Digital Pictures, a Toronto-based studio that animated several features for Disney before shuttering last year.

Shatner says animation has changed a lot and he expects it will continue to change. “It (animation) was so different, it is so different and is becoming so different,” he says. “I rely on people like Sammy to take me by the hand and lead me through it. But the basics remain the same: The storytelling, and the interesting characters. Those basics never change, and that’s my strength.”

Oriti says the plan for The Zenoids is to produce three four-minute webisodes, with Montreal-based Oasis doing the animation, and try to interest a network in picking up a TV series in Canada or the United States.

Facilitating all of this is Toon Boom Animate Pro software, which became involved in the project through its relationship with Oriti. That Toon Boom is based in Shatner’s hometown of Montreal, made his involvement all the more exciting, says Karina Bessoudo, Toon Boom’s VP of marketing and communications.

Toon Boom president Joan Vogelsang says the fit between the contest and the software is perfect, because of Toon Boom Animate’s flexibility in exporting to formats suitable for the web, a TV series or anything else.

“Our technology gives people the maximum capabilities, so it’s got flexibility and capability but also outstanding quality at the end of the day,” she says. “It’s really like building blocks and it enables to repurpose for different media.”

Having received more than a hundred entries, Toon Boom is on board for another MyOuterSpace.com contest that it hopes will bring in even more entries.