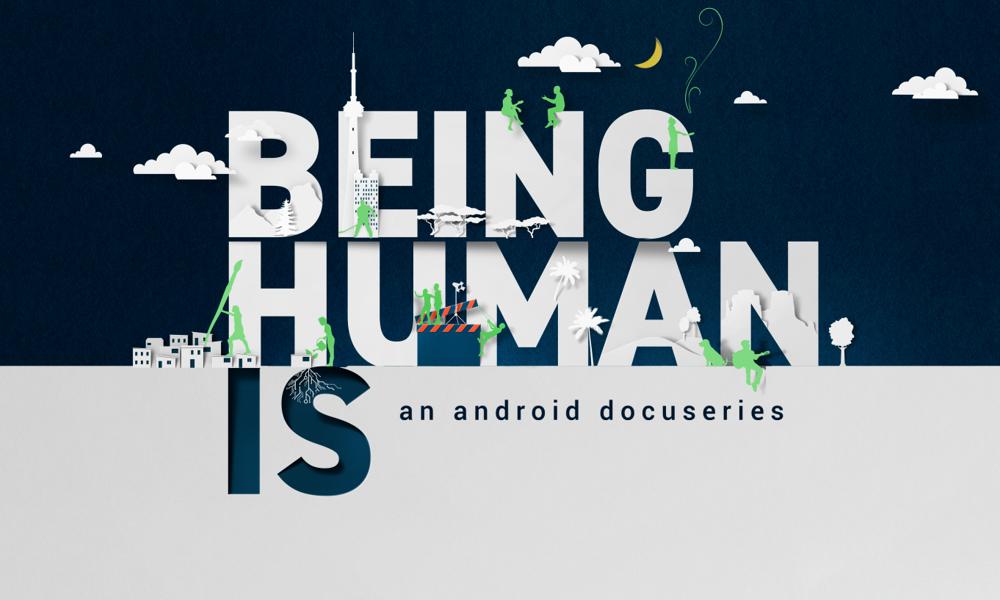 Creative production company Where the Buffalo Roam (WTBR) recently produced an animated docuseries called Being Human Is, presented by Android. Directed by Nico Carbonaro and Tuesday McGowan, the five-episode branded series tells the inspiring true stories of real people from all over the world who have realized their long-held passions in unexpected ways, and how Android has uniquely helped each of them in making their dreams come true.

Being Human Is launched today, November 18, on www.android.com/stories, YouTube, and social channels.

“This campaign puts an exciting twist on both branded content and documentary storytelling,” remarks Carbonaro. “I like to call them ‘documentary fables,’ as each film has a magical storybook feel yet is rooted in real people and their own words and experiences. For Being Human Is, we weren’t just telling these remarkable stories, we were doing it in a way that could never be done in live action.”

Immersing viewers into the sensory experience of a deaf hockey player, “On Silent Ice” tells the story of Anthony Rumolo and his mission to advance the sport for athletes like him through the Ontario Deaf Hockey Association. Animation and illustration by Oddfellows (Portland, OR).

“Ramblin’ Man” profiles Josh Pearson, a blues artist who refuses to let his blindness hold him back from writing music and performing for audiences across the U.S.A. Animation by Meister (Portland, OR). Illustration by Keith Negley (Bellingham, WA).

“The Magic Makers” is a feel-good story about a small-town Nigerian kid turned rising star, Raymond Yusuff – the mastermind behind a crafty smartphone filmmaking collective that took the internet by storm. Animation by Where the Buffalo Roam (Oakland, CA). Illustration by Leonard Dupond (Lille, France).

In “Chez Elyse,” we learn how chef Elyse Bezuidenhout unexpectedly lost most of her eyesight overnight and the five-year journey to regain her sense of self that followed as she mastered her craft and passion in the kitchen on a newfound level. Animation by Oddfellows (Portland, OR). Illustration by Emiliano Ponzi (Milan, Italy).

Combining Carbonaro’s expertise in documentary filmmaking with McGowan’s design and animation prowess, WTBR embarked on the project with a vision to create larger-than-life documentary stories with an animated aesthetic that celebrated the heroes as they see themselves. To achieve this, they turned to an unexpected yet fitting source of inspiration: journalism. With a focus on nuanced human stories, similar to radio shows like This American Life, the team worked with acclaimed radio producers to sculpt each episode in audio format, which informed every creative decision moving forward.

Equally inspired by the classic illustration styles of The New Yorker and the New York Times, WTBR hired renowned editorial illustrators from the world of print journalism to bring each story to life. In the process, they deployed a mash-up of illustration styles and animation techniques – from digital and hand-drawn assets to 2D, 3D and cel animation.

“These films needed to be rich, evocative and resonate from the heart, so authenticity played a big role in developing the visual style of each film,” says McGowan. “We had to stay mindful that we were dealing with real people and respect the sanctity of who they are. We were fearless in our approach, embracing abstraction, symbolism, metaphor, and non-linear storytelling to create fantastical animations that bridge nonfiction and magic realism.”

WTBR brought on a team of composers and sound designers, led by Space Lute’s JR Narrows, to dimensionalize each story with nuanced soundscapes. This included an original composition performed by a 53-piece orchestra in Budapest.

WTBR also conceived the branding and naming of Being Human Is, including the opening title sequence, which is customized to each title with visual and sonic “Easter eggs” to introduce each participant’s unique story.

Produced during the pandemic, Being Human Is pooled together hundreds of artists and creative companies across four continents and seven time zones.

“While we had to adapt to a completely new way of creating and collaborating during the pandemic, we shared a lot of love and camaraderie rallying around this project for six months of our lives,” says Carbonaro. “At the same time, the remote nature of this project afforded us to bring together talent from around the world; moreover, being isolated created a sense of autonomy for all of the artists involved, which led to everyone bringing their best work forward. We all fed off of each other’s ideas and instincts as the creative just kept evolving organically and for the better.”

“We’re grateful that the Android team entrusted us to realize the vision for this docuseries and honor these amazing personal stories with a fresh approach to branded content and filmmaking,” concludes Tim Pries, WTBR Co-Founder/Executive Producer. “Thankfully, we had a creative Voltron to pull it off.”