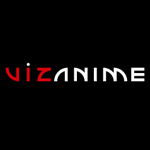 VIZ Anime is getting 2012 off to a great start with anime fans by simulcasting the new series Lagrange – The Flower of Rin-Ne which has just launched in Japan. Episode 1 is now available on vizanime.com and through Hulu; where new episodes will arrive each Sunday.

Lagrange is a comedy-action-adventure following high school student Madoka whose simple life is turned upside down when a mysterious girl asks her to pilot a giant robot. Motivated by her desire to protect her city, Madoka accepts and becomes the pilot of the mecha Vox to fight an alien threat to the earth. The series was created by Production I.G and features mecha designed by Nissan motors designers. Tatsuo Sato (Ninja Scroll, Tokyo Tribe 2, Cat Soup) is chief director.

Lagrange – The Flower of Rin-Ne