Turner Broadcasting has launched of a new online virtual world for kids called Toonix across EMEA, following a beta launch in the U.K. in the beginning of 2012. Available at www.toonix.com the site calls on kids to ‘Be Whoever You Want To Be’ by creating and customizing their own unique avatars and interacting within the exciting new gaming platform.

To date, the U.K. soft launch has brought in 250,000 registered users. Turner is planning an extensive online and on-air marketing campaign to support Toonix’s EMEA debut.

Aimed at kids aged 7 to 11, Toonix is free for registered users. As well as creating their own avatars, kids will be able to express themselves by customizing their own room, play games and complete missions, thereby earning XP and coins which they can redeem for virtual goods and access to new areas of the site. They will also be able to chat with their friends, sending pre-selected messages and send gifts and stickers. 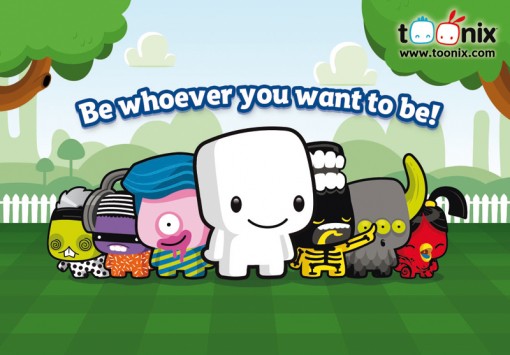 Built into the site will be advertising and sponsorship opportunities via integrated commercial opportunities across Toonix World, including branded virtual goods, pop up stores, posters, costumes and discount vouchers. Turner is also developing a licensing and merchandising program for the site.

In most regions, the site will be accessed from Cartoon Network websites which averages 3.5 million unique users a month across EMEA. Some regions will link to Toonix from Boomerang. Toonix originally launched in Latin America in 2008 where it has over 13 million registered users.