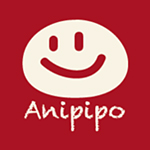 The site will be available in English and Japanese and is being developed to exclusively fund animated projects through individual contributors. Anipipo is being led by Hiroaki Taira, Vincent Sethiwan, Sam Tiyavutiroj and directed by Kentaro Sakakibara of Japanese investment firm Samurai Incubate. The company previously launched a Japanese social network also called Goopa last year, aimed at university clubs in the country.

Currently, the site is open to pre-registering with the service, which is scheduled to launch a fully-functional beta in 2013 according to Digital Journal. English-language users can register at en.anipipo.com or follow the site’s launch progress via Twitter (@anipipo).