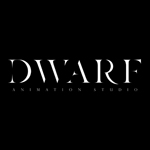 The CG-animated project is directed by Thomas Leroux and Patrick Delage and follows a threadbare stuffed toy named Charloup who pulls himself together one more time to look after a young cutie named Lune.

The film is set to make the rounds on the festival circuit in the next few months.