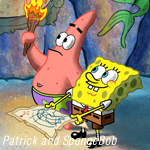 There’s good news and even more good news for SpongeBob fans: Nickelodeon is ready to roll out Legends of Bikini Bottom, an anthology of five all-new SpongeBob SquarePants tales guest starring the voices of Ginnifer Goodwin and Amy Sedaris. And in a first for Nick, the first episode in the batch will premiere first on Facebook.com, followed by the broadcast debut on Nickelodeon.

“The anthology format of Legends of Bikini Bottom provides a great opportunity to try something new where we can give SpongeBob’s 16 million fans on Facebook a first look, in addition to new content on-air,” said Brown Johnson, president of animation for Nickelodeon and MTVN Kids and Family Group.  “Ginnifer Goodwin and Amy Sedaris have done a fantastic job voicing their characters, which enriches the entire collection of stories.”

The episodes are described by Nick as follows:

And just to whet everyone’s appetite, here’s a look at a musical number from “Sponge-Cano”:

You may also like...
Related Topics:Facebook, Legends of Bikini Bottom, Nickelodeon, SpongeBob Squarepants