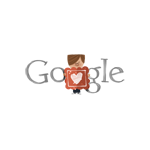 If you enjoyed the charming animated “Doodle” playing on google.com on Valentine’s Day, you’ll probably like to know that it’s by Michael “Lippy” Lipman. The sweet Flash-animated short follows a young lovesick boy who tries to win the heart of a rope-skipping girl, who rebuffs his advances—until the final moments.

“The animation alludes to the universality of love,” Lipman told The Washington Post’s Comic Riffs blog. “These characters are archetypes, with no dialogue, so it can play around the world.”

Lipman, who co-created the animation with Google designer Willie Real, says he could certainly identify with the short’s situation. “That was every girl I met up until college,” says the veteran artist, who studied fine arts and animation at UCLA. “The little girl who couldn’t see the magic within [me] — she had many faces.” 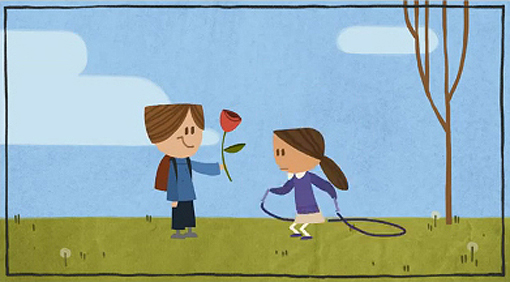 The video wraps up by showcasing six tiles featuring socially diverse and eclectic couples, including two tuxedoed men, an astronaut and an alien; a dog and a cat; and a frog and a prince. “I think Google was pretty aware of everybody in those final squares and they decided [them] with purpose,” adds Lipman. You can find out more about the artist at Lippy.com. 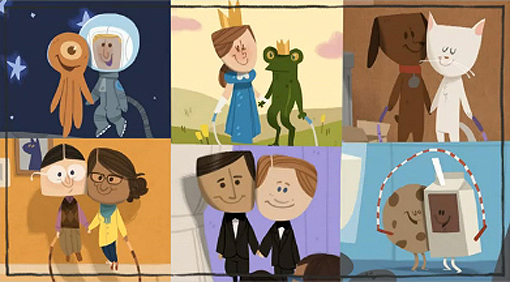