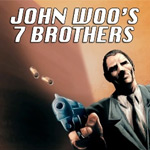 Director John Woo (Mission: Impossible 2, Face-Off) has launched a new animated web series in association with Liquid Comics and Tiger Hill Entertainment, according to The Hollywood Reporter. Based on a graphic novel created by Woo and writer Garthe Ennis and Indian artist Jeevan J. Kang, the 13-part show is called Seven Brothers. The first four parts will be released exclusively on online video portal Machinima, which reaches over 118 million viewers monthly, and delivers over one billion video views per month via its YouTube channel.

Seven Brothers tells the story of how, 600 years ago, mighty Chinese treasure fleets set sail to reach every continent and how these voyages of discovery left behind an evil legacy and a plot by a powerful Chinese sorcerer to dominate the world. Now, in modern day Los Angeles, an ancient prophecy must be fulfilled and seven men, with nothing in common but their destinies, must face the Son of Hell to save the world.

“For me, working in comics is quite comfortable–it’s like the ultimate storyboard,” says Woo. “The original Seven Brothers graphic novel, and this new animated comic book series, takes the seed of an idea I had about famous Chinese folklore to a whole new level. It creates a modern, global story, and an art form that is unique and yet, clearly, a brother to the film medium.” 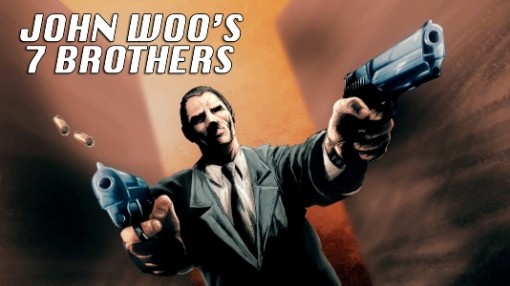 “Seven Brothers is a fusion of mythology and edge that only an icon like John Woo and the brilliant creative team behind Seven Brothers could pull off. It exemplifies how the best mythologies constantly transform and re-invent themselves when filtered through the imaginations of great artists,” commented Liquid Comics co-founder Gotham Chopra.