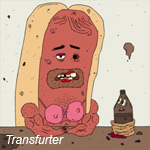 If watching hours of G-rated kids cartoons is making you crave some genuinely hilarious and very adult entertainment, then you may turn your attention to Transfurter, the new toon created by Joe Croson, whose writing credits include Adult Swim’s Superjail.

This Flash-animated show follows the outrageous adventures of a loveable NSFW hotdog prostitute, who tries to answer any question the internet dares ask him. The toon is directed by Croson, Bob Fox and Chris Burns and animated at New York’s Exit 73 Studios. You can meet the team at www.transfurter.com or watch the first season of videos here: 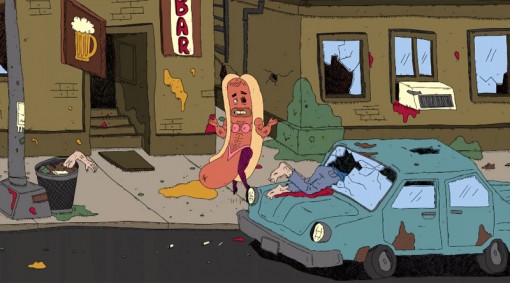 Just be forewarned. This toon is strictly produced for grown-ups!