Hulu Original has renewed for a third season the animated series The Awesomes from Seth Meyers and Mike Shoemaker.

The adult animated series starring Meyers is in its second season with new episodes premiering every Monday and will return for a third season in 2015.

The Awesomes follows the story of the greatest superhero team in history, The Awesomes, and what happens after all the most-powerful members leave. The second season premiered Aug. 4 on Hulu and introduced a cast of new characters voiced by Amy Poehler, Will Forte, Maya Rudolph and Kate McKinnon. 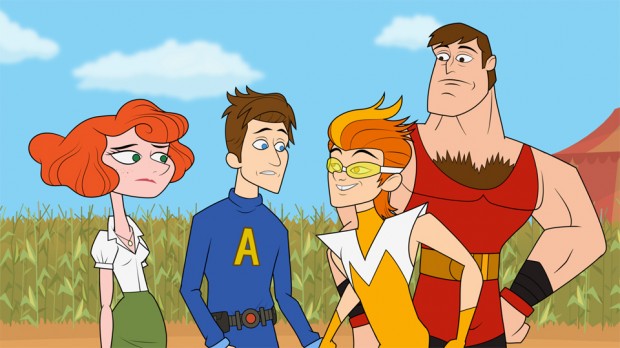