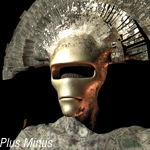 Gnomon Studios will release a new animated short film called Plus Minus in late 2011.

Here’s a first-look trailer for the film.

Plus Minus from Gnomon School of Visual Effects on Vimeo.

The short film is the second original work to come out of Gnomon Studios, and is co-directed by Shane Acker, whose animated short 9 was nominated for an Academy Award for Best Short Film in 2006. Acker’s Plus Minus co-director Aristomenis (Meni) Tsirbas is best known for his work on the award-winning animated films The Freak and Battle for Terra, which were honored at the Sundance Film Festival and the international Giffoni Film Festival.

Acker approached Gnomon Studios in September 2009 with the idea for Plus Minus. Teaming with the industry-leading instructors and aspiring artists at Gnomon, Acker worked with Tsirbas, Green Lantern visual-effects supervisor Tefft Smith and Gnomon students to create the film.

“The idea for Plus Minus began as just that, an idea. What it has become, however, exceeds even my original expectations for the project,” said Acker.

“Plus Minus” is set for its worldwide release online later this year.