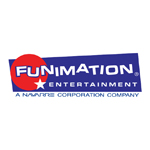 FUNimation is going mobile and adding the series Sankarea and Shangri-La to its slate.

The company announced at Sakuracon in Seattle the release of its first-ever mobile app, created with Phunware and available now in the iTunes App Store and Google Play for iPhone, iPod Touch and Android devices.

Two versions of the app are available: The first is a free app that allows users to view introductory episodes, clips and trailers, and will feature commercials and banner ads; and a pay app that costs a $9.99 one-time fee and gives users access to thousands of hours of anime including complete series.

The paid app will have commercials, but no banner ads.

More information about the app can be found at www.funimation.com/mobile.

Here’s a video walk through for the app:

Here’s how the network describes both shows: