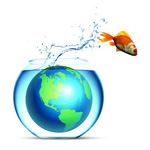 FishBowl Worldwide Media has released a pilot episode for its original animated series The Potts–a 2D toon about a family obsessed with reality television. The pilot was written by How I Met Your Mother executive producer and TV veteran Chuck Tatham, whose last animation gig was as a consulting producer for the Baby Blues series for The WB, and animated by David & Goliath founder Todd Goldman. The cast includes Dave Coulier and Richard Kind.

Tatham told The Hollywood Reporter: “The Potts captures today’s hunger for reality TV fame by showcasing a family willing to do whatever it takes to get their own 15 minutes,” said Tatham.“ The collaboration between FishBowl Worldwide Media, Todd Goldman and the and the great cast of original, funny characters really brings the concept to life in a sweet, humorous way. I’m absolutely thrilled.”

FishBowl’s EVP of creative affairs Susan Levison has said the studio is currently considering avenues of distribution for the series, including the possibility of pitching the show to the networks or pursuing it as a web series. You can watch the pilot episode here.

Goldman, whose David & Goliath company produces t-shirts, books, posters et al, previously had animation experience working with Fox in developing The Uglies and with Ashton Kutcher and Jason Goldberg on BLAHgirls.com. This despite a heated plagiarism controversy in 2007 when a user of the Something Awful forums alerted web cartoonist Dave Kelly (a.k.a. Shmorky) that a Goldman painting seen in a gallery, titled “Dear God Make Everyone Die,” was taken from Kelly’s Purple Pussy comic. A brief backlash from galleries and poster distributors ensued but later cooled off. Goldman eventually settled with Kelly. 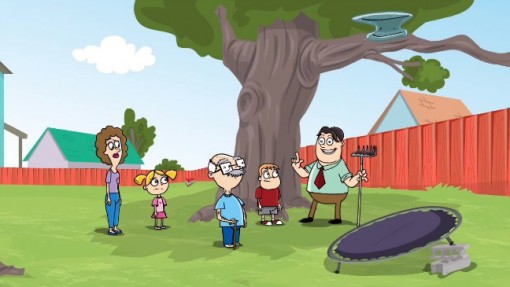