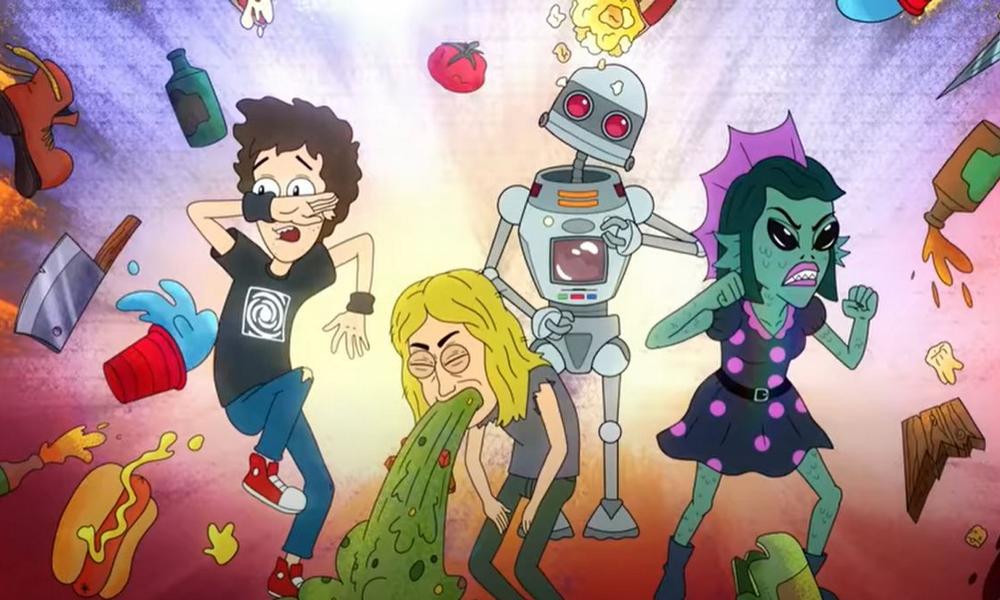 Rock stars: They’re getting just as stir-crazy as the rest of us. With fans and creators alike stuck at home, Joe Trohman — lead guitarist and back-up vocalist for Grammy-nominated band Fall Out Boy — is offering up something a bit different from the steady run of livestreams and TikTok clips with a new online animated series: Mondo Trasho 3042.

Trohman created and wrote the 10-episode, 2D cartoon with his friends Wade Randolph and Spencer Berman. The score was created by Trohman and Fall Out Boy vocalist Patrick Stump, with bassist Pete Wentz is an executive producer alongside Trohman, Randolph, Berman and Sevan Najarian, founder of Midnight Kids Studios, who provided the animation.

“Joe got together with some friends to work on a cartoon. They considered pitching it around to different places, but decided to release it during these crazy times for your enjoyment,” explains the description for the premiere episode. These friends appear to include a pro voice cast, featuring Brendon Small, Brian Posehn, Ryan Ridley and Kelsy Abbott. The first episode guest stars Lindsay Ames.

Set in the strange but familiar distant future, Mondo Trasho 3042 follows a band (two humans, an aquatic humanoid and a drumming robot) slumming and strumming around the year 3042. The debut episode, “Not A Yoko” the band watches an alien autopsy where Jimmy meets Mooranda, the girl of his dreams, causing trouble in the tour van.

You can follow the adventures of Mondo Trasho at https://mondotrasho3042.com/