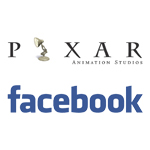 Facebook is teaming up with Pixar animator Matt Jones to come up with a new approach to online emoticons. Jones, who has also worked as storyboard artist on the Wallace and Gromit shorts.

“Facebook was canny enough to realize that traditional emoticons are quite bland,” he told Buzzfeed of his role in creating the social network’s future emoticons. “At Pixar we consider emotional states every day with every drawing we make. Our work is informed by the years of study we do, constantly studying people’s gestures and expressions in real life.”

Jones, who is freelancing at Facebook, came to work at the social media org through Dacher Keltner, who was already working to revise emoticons in his role as the co-director of the University of California-Berkeley’s Greater Good Science Program. Keltner provided Jones with a copy of Charles Darwin’s The Expression of the Emotions in Man and Animals, which featured photographs and descriptions of human and animal emotion, with Jones tasked to visualize the abstract feelings.

The new characters may lack some facial features but will have eyebrows:

Jones credits this choice to his animation background, explaining that “as long as you have eyebrows, you are safe.” They may also be multicolored. “You don’t want to offend anyone,” he notes. “Colors will be a racial issue.”

You may also like...
Related Topics:Charles Darwin, Dacher Keltner, Facebook, Greater Good Science Program, Matt Jones, Pixar, The Expression of the Emotions in Man and Animals, University of California-Berkeley, Wallace and Gromit