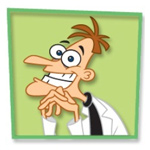 The popular villain from Disney Channel’s hit series Phineas & Ferb is bent on a new nefarious plan: Taking over the Internet with a double-pronged attack on the Twittersphere and his own YouTube webseries, Doof’s Daily Dirt. The 13-part animated series will focus on Doof’s warped perspective on the world and is live now at www.youtube.com/user/doofdaily and being supported through the Twitter handle @DoofDaily.

Known more for his bumbling antics than his evil genius, Dr. Doofenschmirtz has proven a breakout character on Phineas & Ferb. Doof’s Daily Dirt will expand on his irreverent and unexpected views of current event, pop culture, music, the Internet, life and other perplexing subjects. Dr. Doof is voiced by Dan Povenmire, who co-created Phineas & Ferb with Jeff “Swampy” Marsh. The TV show, produced by Disney Television Animation, airs Friday nights at 9 p.m. ET/PT on Disney Channel. 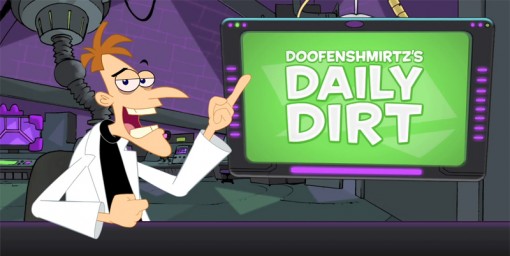