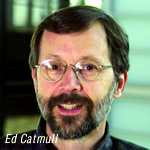 An article headlined “Disney Animation is closing the book on fairy tales” that appeared on the front page of Sunday’s edition of the Los Angeles Times caused quite a stir in the animation community — and eventually some clarification from the studio itself.

The article, which can be read in full here, started of by stating:

Once upon a time, there was a studio in Burbank that spun classic fairy tales into silver-screen gold.

But now the curtain is falling on “princess movies,” which have been a part of Disney Animation’s heritage since the 1937 debut of its first feature film, “Snow White.” The studio’s Wednesday release of “Tangled,” a contemporary retelling of the Rapunzel story, will be the last fairy tale produced by Disney’s animation group for the foreseeable future.

“Films and genres do run a course,” said Pixar Animation Studios chief Ed Catmull, who along with director John Lasseter oversees Disney Animation. “They may come back later because someone has a fresh take on it … but we don’t have any other musicals or fairy tales lined up.” Indeed, Catmull and Lasseter killed two other fairy tale movies that had been in development, “The Snow Queen” and “Jack and the Beanstalk.”

That lead to the following statement appearing on the Walt Disney Animation Studios Facebook page:

A headline in today’s LA Times erroneously reported that the Disney fairy tale is a thing of the past, but I feel it is important to set the record straight that they are alive and well at Disney and continue this week with Tangled, a contemporary retelling of a much loved story. We have a number of projects in development with new twists that audiences will be able to enjoy for many years to come. – Ed Catmull

The statement has so far drawn dozens of comments from fans grateful that the genre that helped define the studio still has some life in it.

The studio is opening Wednesday its 50th animated feature film, Tangled, based on the classic princess fairy tale of Rapunzel.