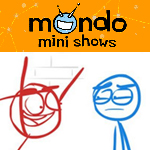 Original online animated series Dick Figures has nabbed a top spot as the number one Animated Show on YouTube, having generated over 10 million views in the month of August. The show, which just closed its second season, is produced by Six Point Harness and distributed by Mondo Media via its Mondo Mini Shows channel on the web video portal.  Written, directed and voiced by Ed Skudder and Zack Keller, the series follows two dysfunctional stick figure friends and the hilarious escapades caused most often by their poor decisions (set to an au courant dubstep soundtrack). So far 20 of the 2’30” episodes have hit the net, with a third 10-episode season set to launch September 22. 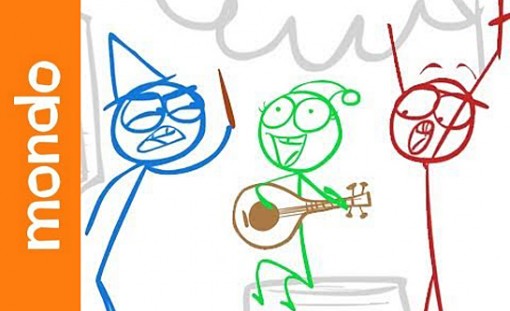 Mondo Media’s exec producer Aaron Simpson notes, “It’s also surprising how much of Dick Figures’ audience is coming from mobile devices. Already, a typical episode gets almost 20% of its views from mobile on YouTube. This is much faster and more substantial than we would have predicted and video consumption on mobile is still in its early stages.” Evershed adds that another driving factor is the show’s appeal to global audiences. Mondo is translating Dick Figures into German and Spanish for its Germondo and MundoMondo YouTube channels—Evershed predicts that foreign viewership of the web series will account for an additional 15 to 30% of Mondo’s ad revenue on YouTube in 2012.

Check a particularly nerd-tastic episode, “Y U So Meme?” below (Caution: Contains strong language, mature content, and a plethora of Internet references.)