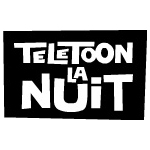 Canada’s Teletoon network is taking its pilot project online, giving animators in Canada a shot at winning $10,000 and a trip to the Ottawa International Animation Festival and Television Animation Conference.

Submissions for the Teletoon at Night Pilot Project opened Sunday and will continue through July 15. Animators are asked to submit original animation-related short films no longer than five minutes. English-language entries can be submitted at teletoonatnight.com and French-language entries at teletoonlanuit.com.

One winner in each language will receive $10,000 in Canadian funds, two round-trip air tickets to Ottawa, four nights accommodation in Ottawa and two delegate passes to the TAC and Ottawa International Animation Festival.

All eligible submissions will be featured in a video gallery on teletoonatnight.com and teletoonlanuit.com, where the public can select their “Fave of the Week” each week. The five final contenders selected by a Teletoon jury for each of the English and French contests will be revealed July 31. The public can then vote for their favorite video until Aug. 28. The video that receives the most votes by the end of the voting phase will be crowned the winner and revealed on-air and online on Sept. 18.

For contest rules and more information on the TELETOON at Night Pilot Project, please visit teletoonatnight.com or teletoonlanuit.com.