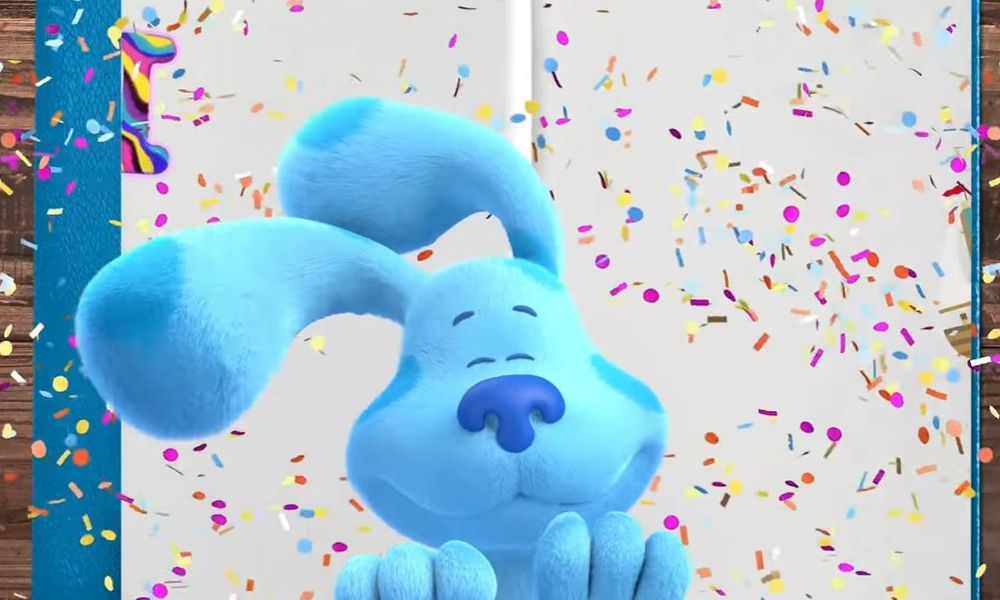 In a newly premiered music video for “ABC Song with Blue!,” Nick Jr.’s beloved animated pup from Blue’s Clues & You hops through an illustrated book telling the story of all the uniquely special letters of the English alphabet. What makes this charming kids’ tune stand out is the overarching message of diversity and inclusivity to be found throughout the familiar lineup of letters, reflected in the refrain:

We need all these different sounds to make our alphabet 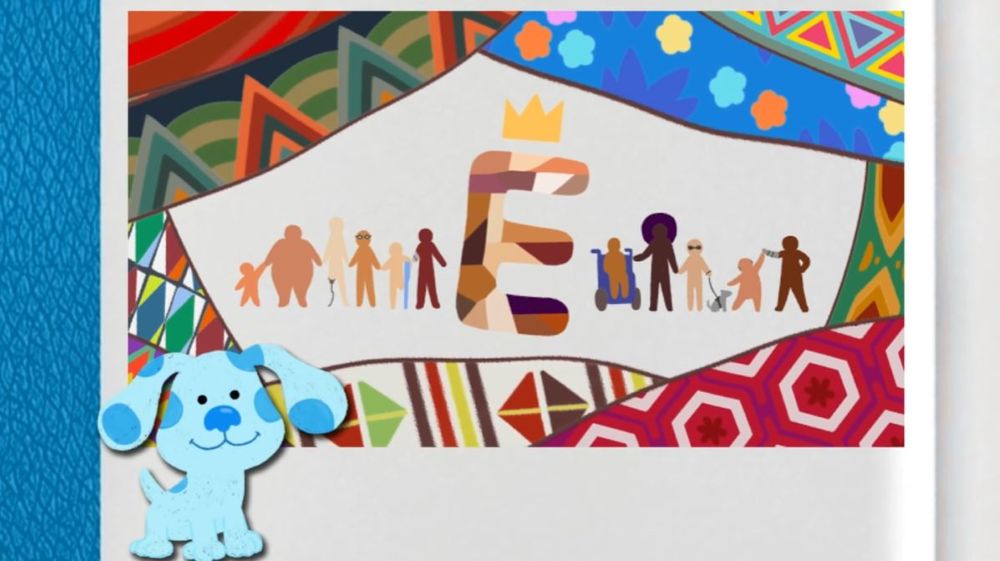 “E is Everyone” – Early in the ABCs, Blue’s picture book avatar poses with the ‘E’ page, populated by human figures representing all manner of skin tones, body types and visible disabilities, showing kids that everybody (and every body) has a place in our world. 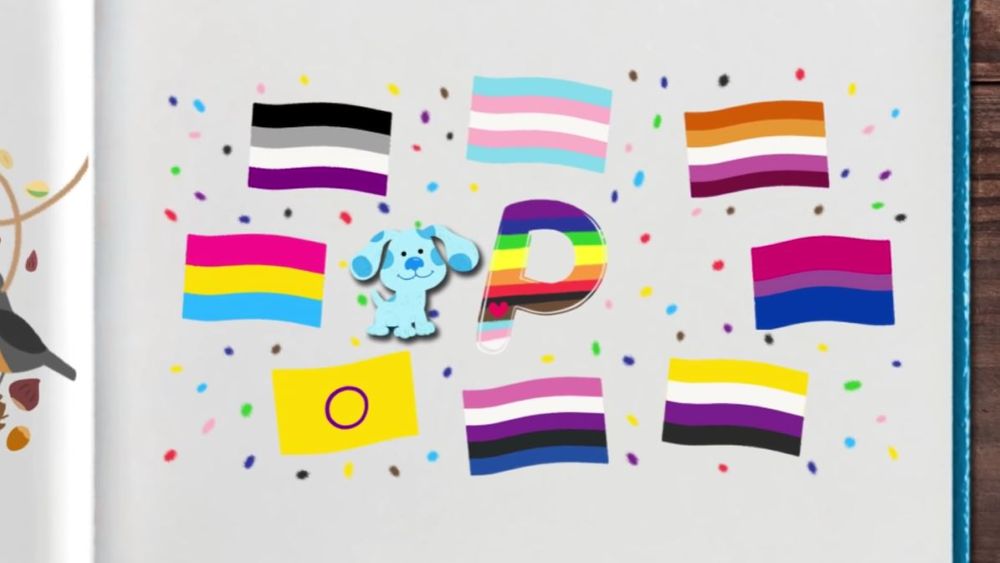 “P is full of Pride” – In addition to the black & brown and trans-inclusive LGBTQ+ rainbow represented on the ‘P’, the page features flags representing transgender, lesbian, bisexual, non-binary, genderfluid, intersex, pansexual and asexual pride. A simple and symbolic way to open up a talk about the broad human spectrum of gender, sex and romantic expression. 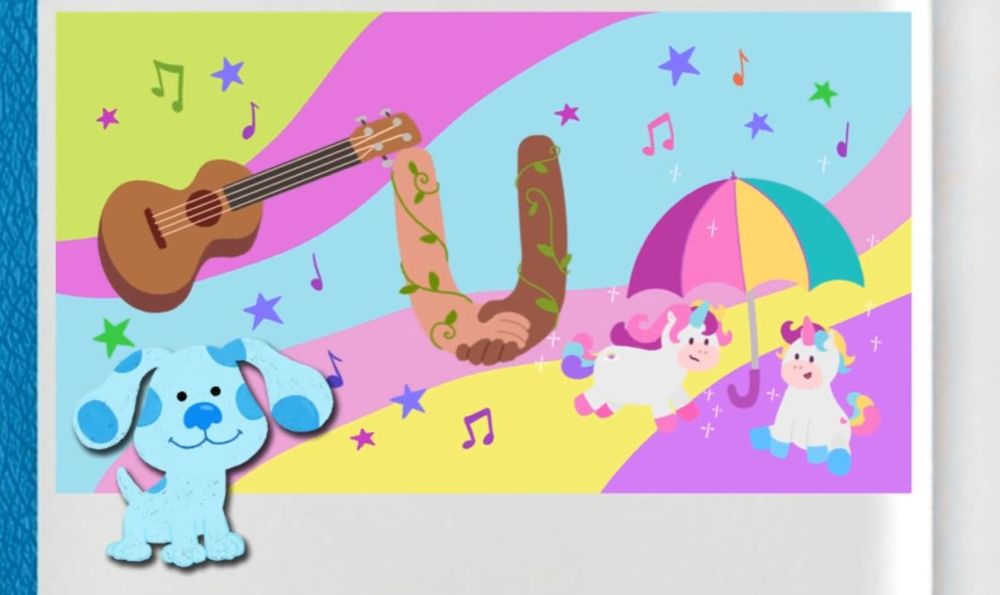 And as the song wraps up, we get to hear that “‘U’ is what Unites us” … which may leave you hoping that Blue’s next clue is a box of tissues.

… The alphabet helps me be me!