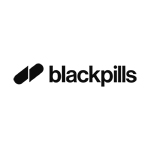 Digital media company blackpills has teamed up with French animation producer Bobby Prod. to create a new studio called Bobbypills that will create animation for adults.

Created by the founder and producer of Bobby Prod, David Alric, and the founders of blackpills, Patrick Holzman and Daniel Marhely, Bobbypills will exclusively create short format animated series with no censorship, network guidelines or topic restrictions.

All Bobbypills programming will be available for free on the blackpills mobile app, available on iOS and Android and scheduled to go live starting December 2017.

The Bobbypills content will match the tone of blackpills’ current show roster touching on controversial, taboo topics such as pornography, race issues, political satire and sexuality in young men and women.

Bobbypills will create 4 to 5 series per year, entirely in house from conception to production. The shows will be created for an English speaking audience with subtitles in eight languages to reach the international, millennial fan base of both companies.