BBC Worldwide America, the commercial arm of the BBC, has announced that the first two seasons of Brit puppet comedy series Mongrels is now available for U.S. audiences exclusively through Hulu and Hulu Plus. The new deal follows the successful launch of BBC sci-fi series Misfits on the web entertainment portal.

Mongrels is a puppet-based comedy targeted at adults starring Nelson the metrosexual fox, Destiny the pampered pooch, Marion the slow-witted former housecat, Kali the sarcastic pigeon and Vince the ferocious fox as they negotiate life and love in the back alleys of the urban jungle. The show is created, developed and directed by Adam Miller, written by Jon Brown and Daniel Peak and produced by Stephen McCrum. Puppets are created by Talk to the Hand. Watch it at www.hulu.com/mongrels. 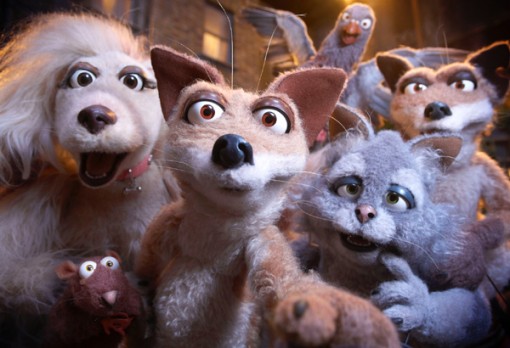