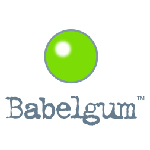 Babelgum has teamed up with Ringtales to exclusively premiere new animated versions of the comic strips Pearls Before Swine and Cat, Dog, Stoop.

If you’re one of those folks who still reads the newspaper comics, you know that Stephan Pastis’ Pearls is one of the few bright spots left in that space.

Full details in the PR:

Both of these RingTales series and the behind-the-scenes material are launching in tandem with a newly redesigned Babelgum Web platform, which includes a stand-alone Animation Channel that houses more than 2,100 animated shorts and serials.

“RingTales’ content has been hugely popular on Babelgum,” said Karol Martesko-Fenster, SVP and General Manager of the Film & Animation Division, “so we’re thrilled to be adding another well-known series into the mix, as well as showcasing the original work of Isaac Eddy, an up-and-coming new talent with a sparkling sense of humor. Now that we’ve launched our Animation Channel, these and the other RingTales cartoons finally have a home among all our other professional-quality offerings, one of the few places online where animation enthusiasts don’t have to filter.”

Founded in 2006 by Jim Cox and Michael Fry, RingTales is the leader in animated cartoons across all digital media. Over the last four years, RingTales has enjoyed great success providing short comedic content ideal for online and mobile consumption. In partnership with Babelgum, RingTales will continue to grow by adding several more titles and hundreds more cartoons to its evergreen library. This follows a previous exclusive deal to stream the company’s existing library of animations based on the Dilbert, The New Yorker Cartoons, Pooch Café, Over the Hedge, Cul de Sac, and Lio cartoon strips.

“We’ve been working hard to produce the best-quality animated versions of popular strips,” said RingTales CEO Jim Cox, “and Babelgum has been integral to that process as a supportive sponsor and distributor, both online and on mobile phones, where people are discovering the joys of short animation. It’s satisfying to know that our cartoons, which are as fun to produce as to watch, have found such an appreciative global audience as a result of that relationship.”