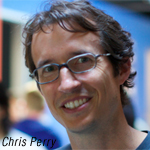 Incident at Tower 37 is a short film written and directed by Chris Perry that has played at more than 60 festivals around the world and won an armful of awards in the process.

Now, the filmmakers have released it on the internet for all to see. So take a look at the film (it runs about 10 minutes) and let us know in the comments if you like it — and if you’d like to see more such films on AnimationMagazine.net.

You may also like...
Related Topics:Chris Perry, Incident at Tower 37, short films