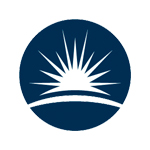 Einstein’s theory of gravity — called general relativity — was developed in 1915 and explains everything from how planets in the solar system orbit our sun, to black holes and how the universe evolved after the Big Bang.

The animation is funded by the STFC.