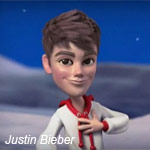 Taking a break from his tabloid headaches, Canadian singer Justin Bieber is getting a little more animated this holiday season. The new Animagic video for his latest Christmas release “Santa Claus Is Comin’ to Town” features an animated version of the young performer interacting with famous scenes from the Rankin-Bass’s classic 1964 TV special, Rudolph, the Red-Nosed Reindeer.

Fans can enjoy the animated Bieber helping Santa for the big holiday, snowboarding down a snowy mountain and opening a present accompanied by his drummer penguin buddy. In addition, moviegoers who attend screenings of Sony/Aardman’s Arthur Christmas feature (which opens on Nov. 23) will get a chance to see another version of the video, which will include scenes from the CG-animated movie. 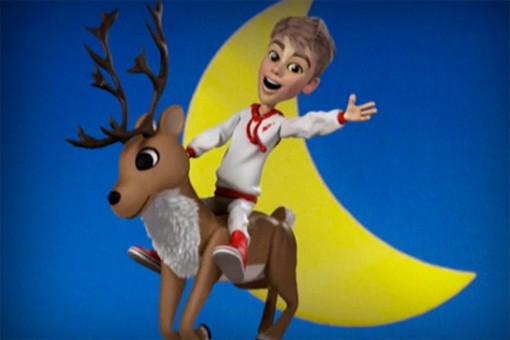 In addition, the album’s debut single, “Mistletoe,” will be heard in TV spots for Arthur Christmas. Bieber’s holiday album, “Under The Mistletoe,” is a seasonal mix of traditional Christmas standards with new holiday music largely co-written by the performer. Here is the video: