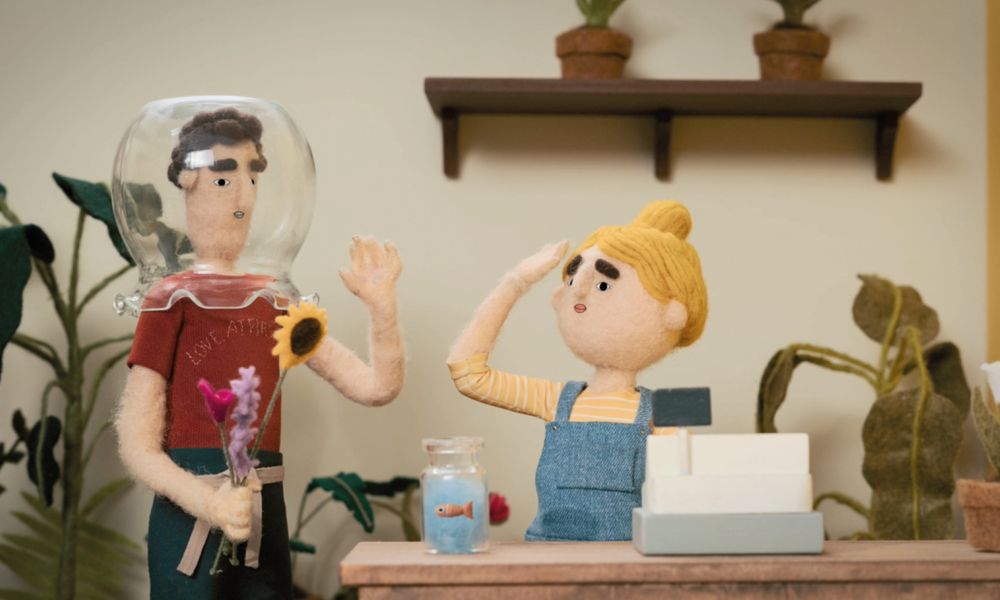 All in a Day's work episode by Siqi Song

Mailchimp Presents has debuted a new short-form series about the ups and downs (and sometimes-painful truths) of life as an entrepreneur or small business owner, All in a Day’s Work. The 12 episodes were created by Oscar- and Annie-nominated director Siqi Song (Sister), production company MAJORITY and animation studio BUCK in collaboration with London-based multiplatform publisher It’s Nice That.

All episodes are available to watch online free of charge and without ads now through Mailchimp Presents.

“The All in a Day’s Work series is a project I’m really excited about,” said Song. “As a startup filmmaker myself, every story in the series can resonate with me in some way. It was a pleasure to collaborate with It’s Nice That and Mailchimp to bring those stories to life.”

Song is an Oscar-nominated director and animator from China, currently based in California. Her films have been screened internationally at many film festivals, including Sundance, SXSW, Annecy, Ottawa and more. She was named a Film Independent Directing Fellow in 2018 and a BAFTA Los Angeles Newcomer in 2019. Song studied at California Institute of the Arts and China Central Academy of Fine Arts.

[siqi-song-all-In-a-days-work-animation-itsnicethat-#] cap: Siqi Song on set filming All in a Day’s Work

“We’re so proud to launch our new animated series All in a Day’s Work. These short and humorous vignettes speak to the day-to-day struggles and triumphs of small business ownership and the common experiences of entrepreneurs around the globe,” commented Sarita Alami, Head of Programming at Mailchimp Presents. “We owe a debt of gratitude to the teams at Buck Studios, Siqi Song and It’s Nice That who brought these shorts to life – adding a levity and playfulness that, hopefully, sparks some joy, creativity, and inspiration to keep going even when things get tough.”

MAJORITY is a hybrid commercial and indie studio representing a diverse, all-women roster of independent filmmakers. BUCK is a global creative company with offices in New York, Los Angeles and Sydney, founded in 2004.

A division of the Mailchimp marketing platform, Mailchimp Presents is a global streaming platform featuring series, films and podcasts built with small businesses and entrepreneurs in mind. Content can be streamed on mobile or desktop free of charge, without ads with no login or subscription required at mailchimp.com/presents.

[AIADW_Episode Imagery_16_95] cap: All in a Day’s Work episode by BUCK