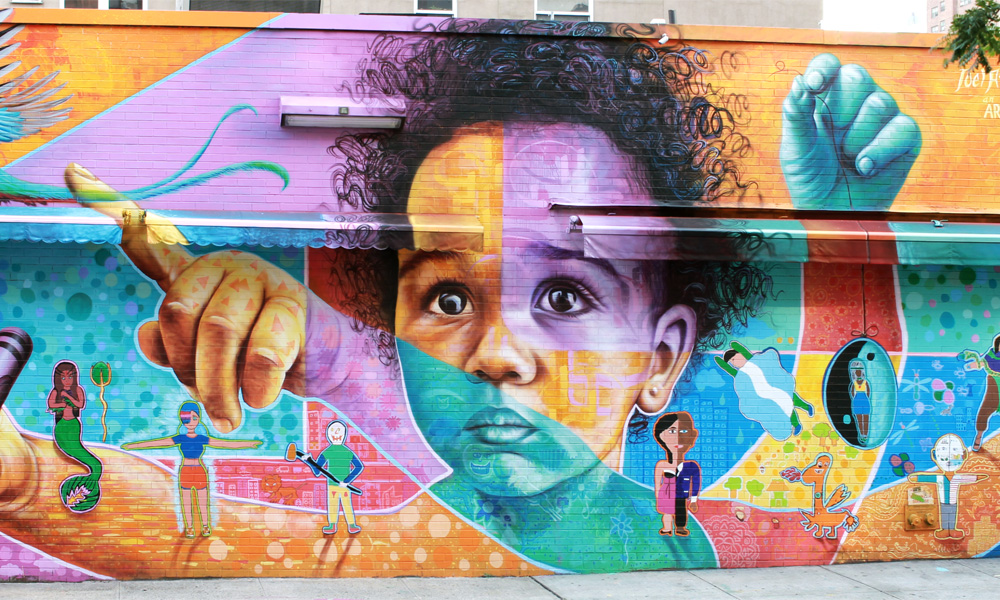 Creative production studio We Are Royale has partnered with Artolution, an international community-based public art organization, to bring its latest public mural to life with augmented reality. Located in New York City’s East Village, the mural highlights the stories, struggles and dreams of immigrant and refugee youth seeking safety in the United States.

Fifteen teenagers and children from Central America created original artwork for the mural under the mentorship of Artolution artists. The project provided an educational and therapeutic experience for the children, who are clients of KIND (Kids in Need of Defense), a non-profit that provides pro-bono legal services to unaccompanied immigrant and refugee children.

The AR experience launched during a public event on August 28 in front of the mural, located on the Key Food supermarket on Avenue A. Using an iOS and Android compatible app (in English and Spanish), visitors can hold their smartphones up to view the mural, and the characters in the artwork will emerge from the wall, moving and dancing — and learn more about this meaningful initiative.

“This project was an incredible experience for all of us who were involved,” said Bergner. “I enjoyed partnering with [We Are Royale ECD and Partner] Brien [Holman] and the whole Royale team as we guided our youth participants in the creation of their own characters, which were manifested through the mural, mask-making, and performance. The animation and augmented reality elements were especially exciting, as this is the first time that an AR mural has been created with youth, so we all had the sense that we were making history.”

For We Are Royale, this project brought together many of the studio’s skill sets and passions: contributing time and resources to social awareness projects, and fluidly designing for various mediums, from character and app design to UX and AR. To create the character animations, We Are Royale took inspiration from the video footage the team shot of the young artists doing their dance choreography at the close of the mural unveiling event last month.

“We wanted to faithfully recreate what the participants created,” said Holman. “While we provided some guidance on how best to design their characters for the animation and AR aspect of the project, the youth actually took the lead in directing us. Ultimately, this was about empowering them through art. It was amazing to see how everyone opened up in the process — and all the credit goes to Joel and his team at Artolution who dedicate their lives to making beautiful initiatives like this happen.”

Bregner concluded, “This creative platform that the project has given these young people is especially important given the challenges that they’ve faced fleeing from violence and conflict, and starting over in a new country. It’s critical that we create these opportunities for displaced children to build community, shape their own narratives, and begin the healing process after the trauma they’ve experienced. The arts and technology are powerful tools to achieve this.” 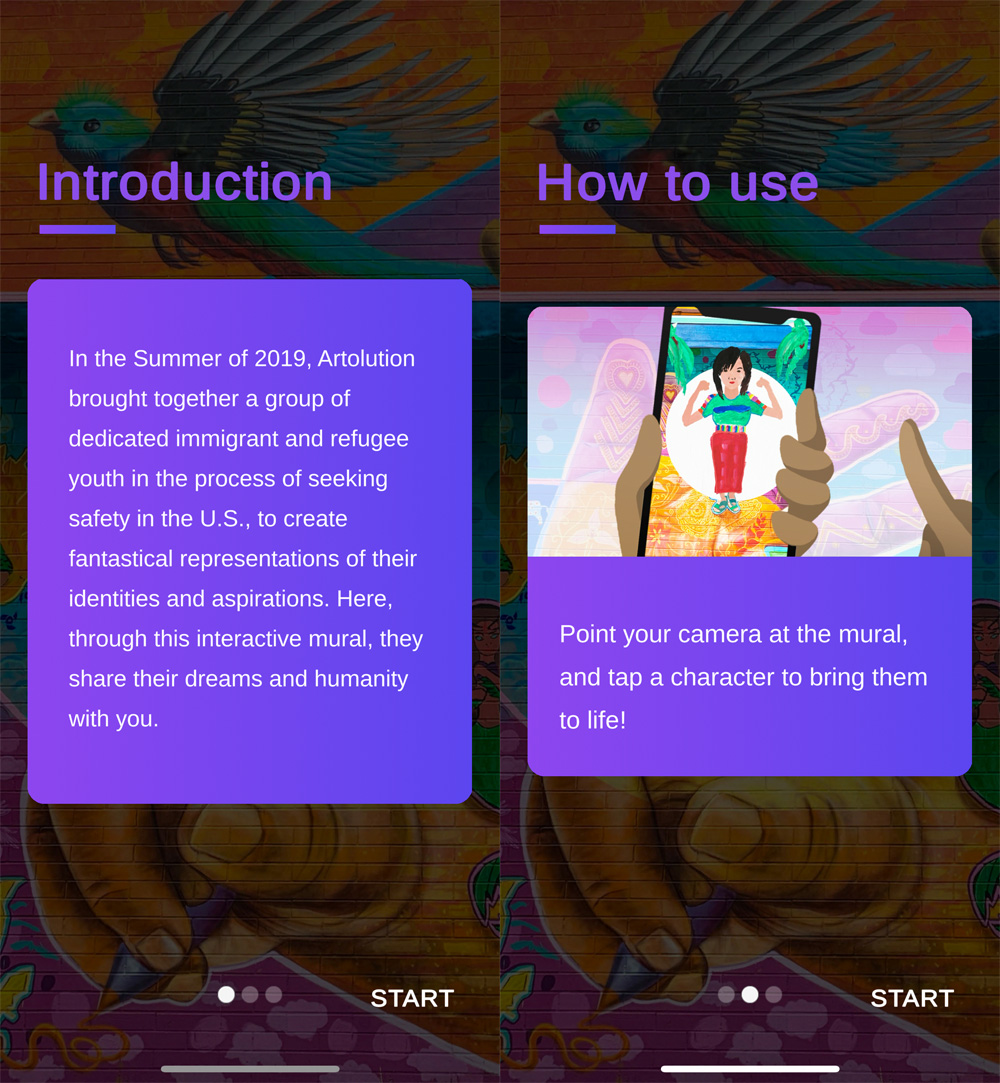 Artolution is an international, community-based public art organization based in New York City which seeks to ignite social change through collaborative art-making, bringing together diverse communities in the face of conflict and social exclusion in order to address the trauma and challenges that they face. www.artolution.org

We Are Royale is an award-winning creative production studio with offices in L.A. and Seattle. Founded in 2007, the company is known for its end-to-end creative solutions, diverse capabilities and fluency across platforms. www.weareroyale.com